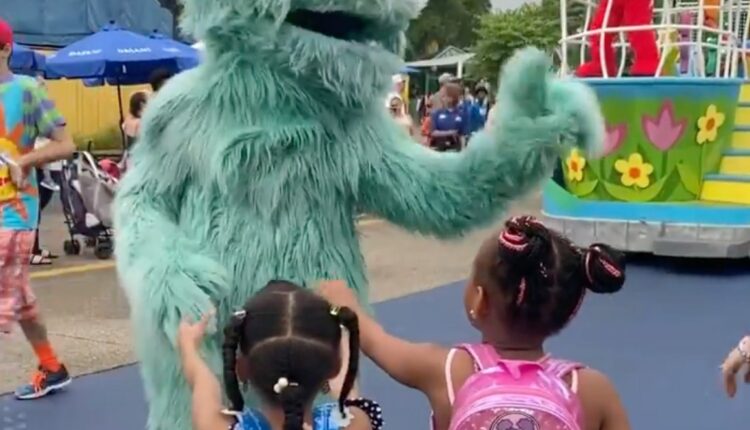 Sesame Place Philadelphia says the outrage a mother experienced at the theme park this weekend was all a misunderstanding. A mother, identified as Jodi on Instagram, said her two daughters were shunned by an employee dressed in costume as the character Rosita.

In a recording shared on social media, Rosita is seen high-fiving numerous white children and bystanders of a parade moving through the park on Saturday (July 16). Jodi’s children, who are Black, were excitedly reaching out to Rosita in hopes the character would either embrace or high-five them. Instead, Rosita seemingly motioned “no” and proceeded to walk past the girls.

In an Instagram post of the video, Jodi said Rosita blatantly disrespected her children by ignoring them. She also claimed a “little white girl” received a high-five as her disappointed children stood nearby.

On Sunday (July 17), the theme park said the employee wearing the costume was not motioning “no” to Jodi’s children or anyone else watching the parade. They said the gesture was “a response to multiple requests from someone in the crowd who asked Rosita to hold their child for a photo which is not permitted.”

The statement attempted to further clarify Jodi’s daughters seemingly being ignored. The park further stated that the employee dressed as Rosita is allegedly “devastated about the misunderstanding.”

As a consolation, Sesame Place has invited the family back to the park. “We apologize to these guests for not delivering the experience they expected,” said the statement.

Jodi reacted to the public statement by sharing a message to her Instagram Story that read, “Wow smh! Now, this.”

Those who sided with Jodi still believe race was a factor in her children being passed over. “Always trying to cover things up, you can clearly see that the character did not want to acknowledge both little girls!! Shame on you guys for not holding your employee accountable,” commented one person online.

View Sesame Place’s statement and the footage of the incident below: