Say A Prayer!!! Tyrese passes out In A DC Nightclub 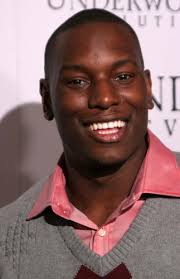 After hitting the tops of the charts in 8 different countries with the latest album, 3 Kings, things could still not be well with the Chapter 123 hitmaker, Tyrese, as he passed out last night in a nightclub according to some tweets while making an appearance.

Tyrese Gibson was in a DC nightclub where according to reports shortly around 1pm, as Jay Z’s “Tom Ford” was on full blast the R&B singer fainted.

A tweep made this known to the world on Twitter, posting:

yrese just fainted in the club! He was out for a while but now he’s up and moving!! Thank goodness — Curly Wonder Woman (@curlyheadRED)

Shame to all these hoes bum rushing TGT while tyrese was passed out and all these ratchets taking pictures of him unconscious! — Curly Wonder Woman (@curlyheadRED)

We really hope Tyrese is doing okay and feeling better. In other news the trio’s new album is in stores now. Be sure to pick that up!

An image of him laying unconscious in the club was however later deleted from Instagram.