Savage! Check Out Strongman’s Response to a Tweep Who Doesn’t Hear Any Dope Punchline in #OneManArmy 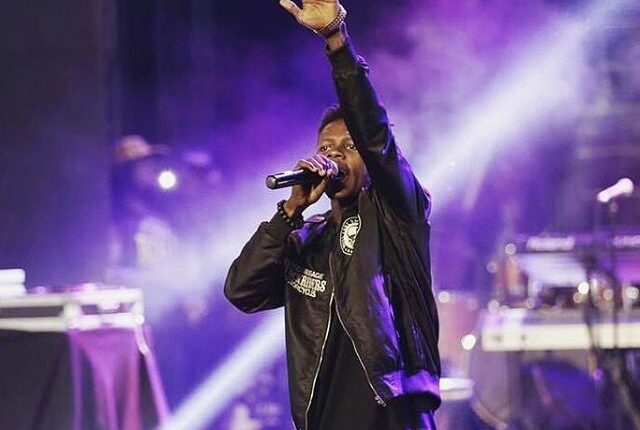 Obviously, it takes more than an ear to listen to any song Ghanaian rap star Strongman and if you don’t pay particular ‘attention’, you’ll never be at ‘ease’ with yourself.

That’s exactly what a tweep exhibited and just like Newton’s third law of motion states, “To every action there is always opposed an equal reaction”.

Strongman did not take it lightly when a tweep wondered if there was any “dope punchline” in his first single for the year One Man Army produced by Fortune Dane.

Now guess the response! A savage of a kind and just like I stated in the introductory part of this article, it takes more than ear to listen to that song.

dose who were first in class can figure out many dope punches https://t.co/kjGZN7GF0o

Lately, Ghanaian musicians have been quick to react to “negative vibes” targeted at them via social media. Among them is E.L whose response to CEO of Talk of GH got Ghana talking.

Check this out. Ouch!! EL’s Response to Nana Yaw Boakye of Talk of GH Will Make You Rethink

Now, feel free to watch Strongman discuss his upcoming projects, signing to a new record label, feature on the Trumpet, relations with Sarkodie and more on BTM Afrika’s Behind The Move.