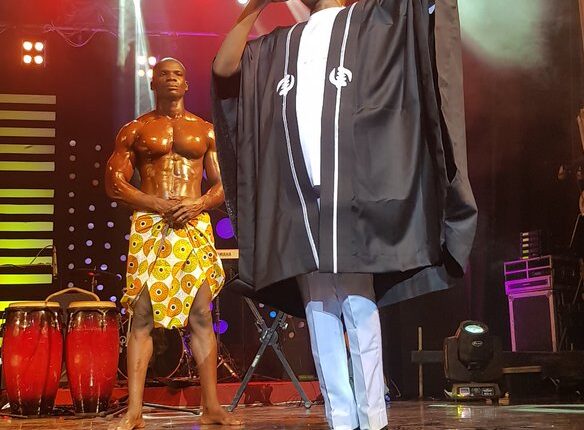 Samuel Owusu has been crowed winner of this year’s Talented Kidz by TV3.

Tipped to win this year’s edition, the 11-year-old Oseikrom boy was crowned after an amazing performance.

Samuel Owusu won the hearts of many for amazing performance over the weeks and his ability to display his take on any  challenge thrown at him.

Samuel Owusu after being announced the winner today was joined by Ghana’s most decorated rapper of all time Sarkodie.

Samuel took home the prize cash of Ghc10,000, some goodies and would also be getting a Ghc50,000 educational fund plus a trip abroad.