Samini Is A Liar – Bull Dog 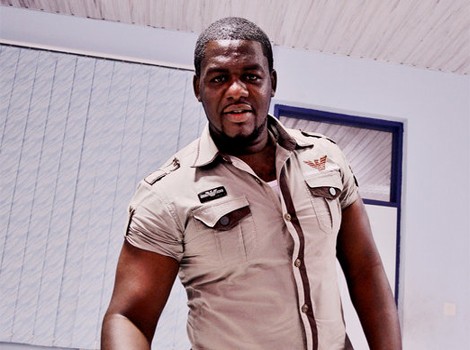 The Rivalry between dance-hall musicians Samini and Shatta Wale has taken an interesting twist even as the two get ready to go on a live programme on UTV for a ‘tell-it-all’ debate that would also be broadcast live on Peace FM.

Samini first threw the challenge to Shatta for them to go on national television and engage in a debate to enable the general public know the whole truth about the disagreement between them, and Shatta accepted.

Samini called for the debate when he spoke to Akwasi Aboagye on Peace FM’s Entertainment Review last Saturday and alleged that in the past the Chief Executive of Bullhaus Entertainment, Bull Dog came to him and asked for permission to go beat up Shatta Wale.

“His manager, Bull Dog, years back would meet back stage and tell me that he wants to beat that guy (Shatta Wele) for me because the guy was fooling and he (Bull Dog) only wants clearance from me to beat him up. Today, Bull Dog is behaving as if he has a fight with me because he manages Shatta. But Bull Dog knows he used to come to my shows, remove his shirts, breathing profusely, jumping up and down and sweating all over. You Bull Dog, today, because you oppose me, you sit on TV to say my brand is not marketable,” Samini revealed.

Incidentally, Bull Dog is Shatta’s manager and he has taken a strong exception to the allegation from Samini, describing it as blatant untruth.

“Samini is a liar, I have never ever told him that I wanted to beat up Shatta Wale for him. Rather I spoke to Shatta Wale in the past to stop insulting Samini during his performances.

I even added jokingly that (Shatta Wale) was doing fine without Samini so he should concentrate on his career and forget about Samini. I remember playfully telling Shatta some three years ago that if he doesn’t put a stop to that behaviour, I will give him a few punches. I’m not at Samini’s camp and I don’t manage him so what will I gain if I had told him that?” Bull Dog noted in an exclusive interview with News-One.

He continue: “All these things are lies; I don’t take off any shirt in public. I love Dancehall, I respect Samini and I enjoy his music but I’m not a fanatic like that. He told a series of lies on that day. I just want people to be truthful and honest in their submissions.”

Many people have raised several concerns about what seems to be bad blood between Samini’s group and Shatta’s camp.

News-One has gathered that arrangements are underway for the debate to be organized in the studios of Peace FM, as well as on UTV.