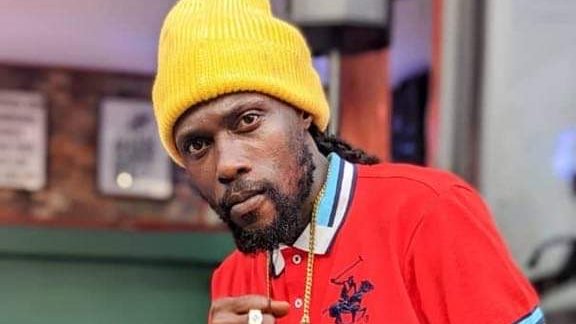 In his very blunt comments, he spitefully says more fraud boys have infiltrated the music business and doing slack lyrics that don’t hold water. According to him, “these boys browse the internet to make some little money so they think they can do anything; most of them are not thoroughbred musicians so they can’t create proper content that stands the test of time.”

“Many can’t hold a key on stage, they don’t know anything about music notes, they can’t even perform because they don’t have the energy and flair. Their lyrics don’t carry substance, they are all about the hype and sadly they are the ones in the headlines and confusing the culture. Some of us have sacrificed a lot to be where we are and we grew through the ranks and learned things rightfully to become well-groomed musicians. I began holding the microphone and performing at age 9,” Konkarah added.

Below is a link to the full interview Konkarah Jahvybz had on Sunday, April 10, 2022, on Ghana’s biggest Reggae radio magazine, “Yaad Settingz” hosted by multiple award-winning Selector, King Lagazee.

Born Theophilus Duho as his real name, Konkarah Jahvybz has been a revolutionary musician who has defended consciousness and addressed many socio-economic issues through Reggae music and still firmly believes in that premise as a way of shaping and transforming society positively. He is one of the seasoned Musicians in the Reggae/Dancehall scene in Ghana who grew through the different ranks of Sound System Culture.

Running affairs by himself now as an ‘Indie Artiste’, Konkarah Jahvybz boasts of 4 Albums to his credit, including his EP. The EP “Different Guy” features Kelvyn Boy, Yaa Pono and Obibini Boafo.

Watch: The Moment Fuse ODG Narrated How He Met His Wife At A Carnival

WATCH: Amerado Finally Explains Why The Beef With Obibini Was Short Lived