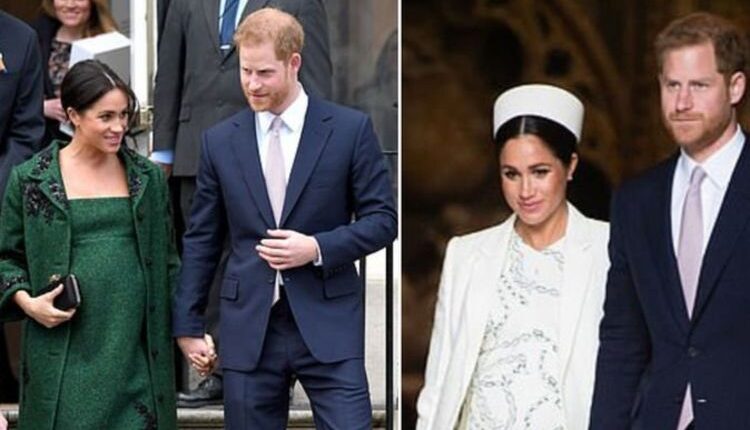 The Duchess of Sussex has been delivered of a son

Her Royal Highness The Duchess of Sussex was safely delivered of a son at 0526hrs this morning.

The Duke of Sussex was present for the birth.

The Queen, The Duke of Edinburgh, The Prince of Wales, The Duchess of Cornwall, The Duke and Duchess of Cambridge, Lady Jane Fellowes, Lady Sarah McCorquodale and Earl Spencer have been informed and are delighted with the news.

The Duchess’s mother, Doria Ragland, who is overjoyed by the arrival of her first grandchild, is with Their Royal Highnesses at Frogmore Cottage.

Her Royal Highness and the baby are both doing well.

The Duchess of Sussex has gone into labour, Buckingham Palace has announced.

Meghan went into labour “in the early hours” of Monday morning, the palace said in a statement.

Prince Harry was by her side and a further announcement “will be made soon”, it added.

The new arrival – whose sex is not yet known – will be the Queen’s eighth great-grandchild, and seventh in line to the throne.

The infant will be behind the Prince of Wales, the Duke of Cambridge and his children – Prince George, Princess Charlotte and Prince Louis – and the Duke of Sussex.

Harry and Meghan have said they will only share the news of the baby’s arrival once they have had a chance to celebrate privately as a family.

The couple announced the pregnancy publicly on 15 October 2018 – the first day of their royal tour of Australia and New Zealand.

The duchess was last seen on an official engagement on 19 March when she signed a book of condolences in London with Harry for the victims of the Christchurch terror attack.

The former actress and the duke moved into their renovated home Frogmore Cottage on the Windsor Estate at the beginning of April, as they prepared for their baby’s arrival.

The baby will not be an HRH, or a prince or princess, unless the Queen steps in, because George V limited royal titles in 1917.

A boy will be able to use one of Harry’s lesser titles and be known as the Earl of Dumbarton, but a girl is not allowed to become the Countess of Dumbarton because of male bias in the rules surrounding hereditary peer titles.

Instead, a daughter would be Lady (first name) Mountbatten-Windsor.