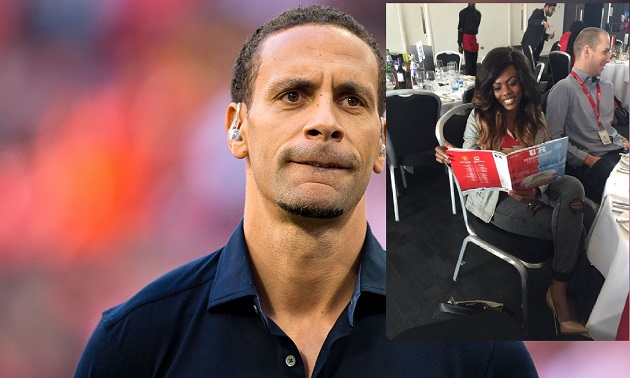 Her love for the Reds of Manchester is just great and any Ghanaian can attest to that.

Over the weekend, veteran Manchester United players Rio Ferdinand and Andy Cole sent out their condolence to television presenter and former host of Divas show on TV3, Nana Aba Anamoah over the loss of her father.

The two sent out their heartfelt messages to presenter via Twitter.

Sorry for your loss @thenanaaba stay strong. It’s not easy but have faith.

Nana Aba Anamoah laid her father to rest over the weekend and present to mourn with her former colleagues Ama K. Abebrese, Benny Blanco, and the former President of the Republic of Ghana, Jerry John Rawlings.

Until her resignation, Nana Aba Anamoah who has always shown her love for Manchester United was taken off TV3 for what her employers described as “photo theft”.

Upon her return to the country, Nana Aba Anamoah resigned from TV3. Her next destination is yet unknown with speculations running wild that she could join EIB Network or UTV.