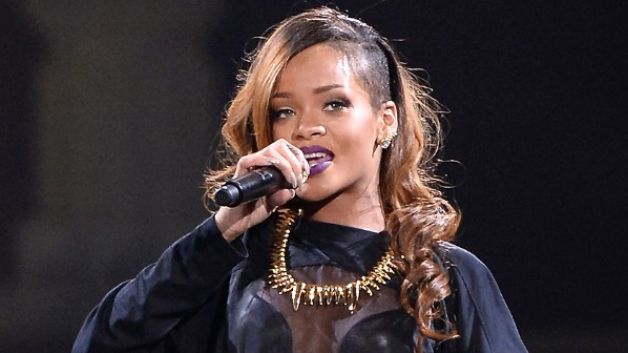 Singer moves ahead of tie with Katy Perry, earns most No. 1 pop songs in chart’s history.

Say what you will about her personal life, but Rihanna has the music game on lock. Rih Rih earned herself another accolade, this time breaking the record for the most No. 1 hits in the 20-year history of Billboard‘s Pop Song radio airplay chart.

Rihanna snagged the feat thanks to her latest, “Stay.” The melancholy ballad featuring Mikky Ekko gave the singer her 10th No. 1 on the chart, edging out Katy Perry, with whom she was tied for nine No. 1’s.

Rihanna started topping the chart back in 2006, by way of “SOS.” Her 2011 single “We Found Love” marked the 25-year-old’s longest visit atop the pop chart, settling in at the No. 1 spot for eight weeks.

Her latest milestone adds to an already impressive list of chart achievements, including having 35 entries on the Pop Songs chart — the most of any artist.

Released in January, “Stay” has been well received across the board. It’s moved up four spots to No. 7 on the Adult Pop Songs chart, becoming her third single to do so, and reached No. 3 on the Hot 100.

Aside from breaking music records, Rihanna is back out on her Diamonds World Tour after canceling a few dates over illness.