Revealed! This Is Why Okyeame Kwame Received 30K Cedis From The Ghana Tourism Authority 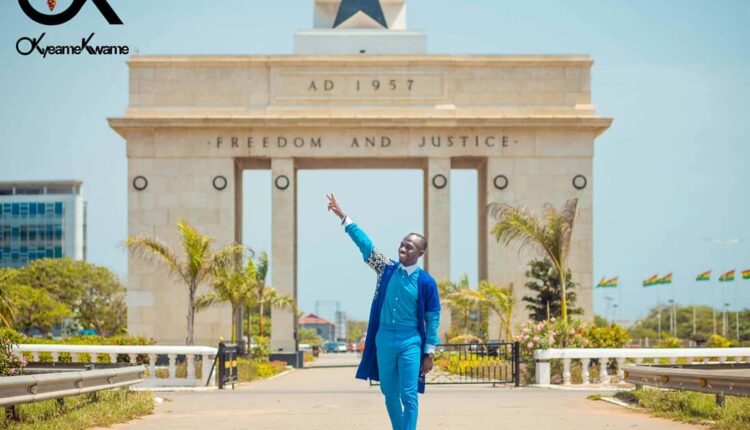 Having put together a live album that costs a little over 300,000 cedis, Ghanaian rap artist Okyeame Kwame has revealed, the Ghana Tourism Authority (GTA) gave him almost 10% of the total cost of production for the Made In Ghana album.

This, he made known during an exclusive album review interview with NY DJ on Y102.5FM.

With the album focused on projecting Ghana, its sights and sounds, the rapper revealed he started the whole project with the Ministry of Tourism And Culture when he was appointed an ambassador.

According to him, the album was a project he pitched to the ministry.

“I had some support but it was small. I started this whole Made In Ghana campaign with the Ministry of Tourism And Culture and I worked closely with Ghana Tourism Authority so I sent my budget (remember that when they signed us as ambassadors they asked us to bring ideas and a budget so this was my idea) but out of the budget I did, Ghana Tourism Authority gave me 30,000 cedis to shoot the video for Bra.”

The rapper stated it would be a lie to deny any financial support or help towards the project.

“It would be a lie if I say I didn’t receive any type of help from any governmental agency. I spent more than 300,000 cedis on that project. I am not complaining but that is the amount I received. Beyond the financial support, the Ghana Tourism Authority made it easy for me to access certain venues for a documentary across the 16 regions titled The Sights and Sounds of Ghana”

He revealed the documentary would be published soon.

Released in 2019, Made In Ghana is a 13-track highlife album on which Okyeame Kwame poured his heart out on instrumentation created with African drums, Xylophones, Guitars, and authentic vocals.

In October 2018, The Ministry of Trade & Industry expressed interest in adopting the lead single off Okyeame Kwame’s upcoming album Made In Ghana which featured Lynxx Entertainment protégé Kidi for its projects.

The Ministry of Trade Just sent Me a letter of approval as a made in Ghana ambassador. We are soo elated.This is proof that If u keep working hard, Your Efforts will never go unrewarded.Thanks to MInistry of Trade. I am Honoured 🙏 . Now let’s build MIG together . #MadeinGhana🇬🇭 pic.twitter.com/qe815G98U0