Reggie Rockstone reveals how the term “Skolom” came about 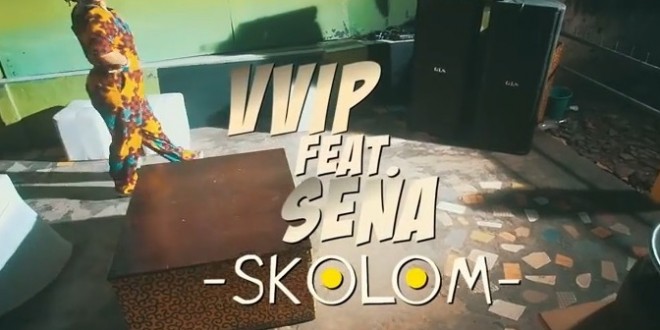 The word Skolom should not be new to you whether you are a party freak or just a music lover as you might have heard the new single from award winning music group VVIP on radio or seen the word trend on social networking site Twitter.

Do you really know what it means and how it came about? Well, the Grandpapa of hiplife who joined the group in October 2014 has explained how the term came about.

Speaking to Joel Orleans on the Dryve of Yo Lyfe on YFM Ghana, the CEO of Rockstone’s Office disclosed the original word they intended using in the song was “Kolom” however, a slip of tongue by Sena Dagadu, who featured on the song brought out the new word “Skolom” which the group felt wasn’t bad to keep.

“The original word was Kolom but our sister Sena Dagadu was not familiar with the word so as she got into the booth, she said Skolom and I was like, yo, let’s keep that cos it sounds so cool.”

He also explained the decision to maintain the new word was because a lot of people would have described them as “thieves” for feeding on a word originally used by music group Buk Bak.

I don’t have a son with MzBel – President of UT Holdings, Kofi Amoabeng