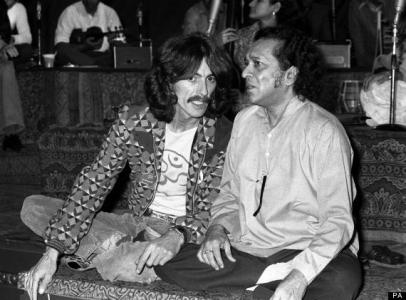 Celebrated sitar player Ravi Shankar has died in a US hospital, aged 92.

The Indian musician passed away on Tuesday at Scripps Memorial Hospital in San Diego, California, where he was admitted last week after suffering breathing problems.

Shankar became known around the world in the 1960s after developing a friendship with Beatles guitarist George Harrison, who once branded him “the godfather of world music”.

Fans’ and friends reactions below…

He is credited with popularising the sitar, a long-necked stringed instrument, and performed at the legendary Woodstock festival and the Monterey International Pop Music Festival in 1967.

He won three Grammy Awards in his lifetime, and was also presented with India’s highest civilian honour, the Bharat Ratna, in 1999.