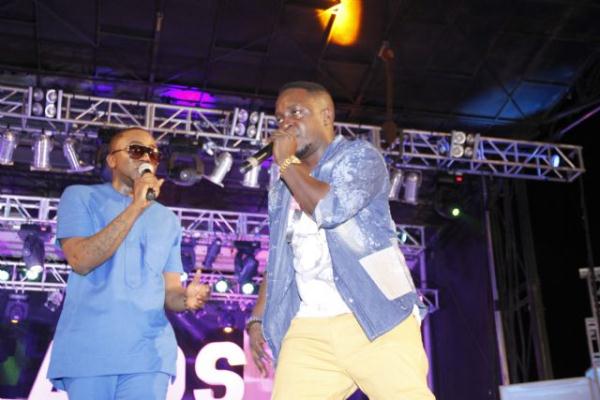 Africa’s favourite rapper M.I stunned fellow label mate and multiple award winning rapper Ice Prince when he joined him on stage to perform his hit classic “Aboki’ at the Lagos Countdown powered by STAR which held at Eko Atlantic Victoria Island Lagos on the 31st of December 2013.

“I’m wishing you a great year ahead, the popular rapper chorused repeatedly, 2014 is your year,” he emphasised to the audience as he joined Ice Prince on stage.

The tables turned easily as the prolific rapper enjoined Ice Prince -who set aside his regular ‘chains’ and jeans for a classy ice blue caftan-to stay on stage after his own act.

The exciting duo went on to perform for over 30 minutes some of M.I’s classic songs such as Action Film, Undisputed Champion and African Rapper (No 1) and others to the delight of the teeming crowd before bowing off the stage