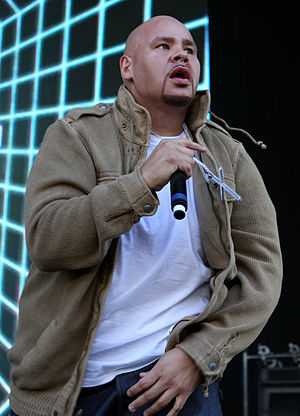 Rapper Fat Joe will serve four months in prison this fall for failing to pay more than $1 million in federal income taxes. U.S. Magistrate Judge Cathy Waldor issued the sentence today in a Newark federal court, together with a fine of $15,000.

It could have been much worse for the 42 year old rapper, whose real name is Joseph Antonio Cartagena. Cartagena had faced up to two years in prison and a $200,000 fine after he pleaded guilty in December to tax charges involving nearly $3 million of income; he has since repaid some of that money. The initial charges against him were for the years 2007 through 2010. With the plea, he admitted to failing to federal income file tax returns for 2007 and 2008.

Cartagena first made noise on the rap music scene in 1993, when his album, Represent, was released. The single from that album, “Flow Joe”, peaked at #1 on Billboard’s Hot Rap Singles chart. Five years later, Cartagena – by then firmly known as Fat Joe – switched album labels and released Don Cartagena, which was eventually certified gold. The album featured such rap luminaries as Diddy (then Puff Daddy), Nas and Jadakiss. He continued his streak on his next album adding a line up which included Ja Rule (who took a plea in his own tax evasion case), Ashanti, Ludacris, and R. Kelly (who has had his own share of money problems).

Fat Joe would eventually make news not for his music but for his feud with rapper (and Vitamin Water kazillionaire) 50 Cent. 50 Cent’s 2004 song “Piggy Bank” made a swipe at Fat Joe:

Fat Joe fired back with the song “My Fofo” on his album All or Nothing, which also featured Eminem and Nelly, referring to 50 Cent as “the fakest thug that you’ve ever seen” and accusing him of having ties to the New York Police Department. After that, lyrics directed at the other were a staple on their singles; the beef culminated in a public spat at the MTV awards. The feud continued until 2012 when the two reconciled after the passing of former manager Chris Lighty.

Fat Joe’s tenth studio album, released in 2010, The Darkside Vol. 1 (Vol. 2 was released as a mix tape), threatened to be his last. At the time, Fat Joe began making noise about retirement. He may now get his chance. He reports to federal prison on August 26, 2013.

He becomes the second well known musician to be sentenced in the state of New Jersey in the space of a couple months. Last month, Lauryn Hill received three months in prison for failing to pay millions of dollars in federal income taxes, a sentence that did not escape Cartagena’s attorney’s notice. Attorney Jeffrey Lichtman wondered aloud why his client’s sentence was longer than the one received by Hill and suggested that his client was being used as an example, saying, “There is no other explanation for what happened today.”

Has Sarkodie become the ‘Village Champion’?

Read!! How Brain Training Can Make You Significantly Smarter