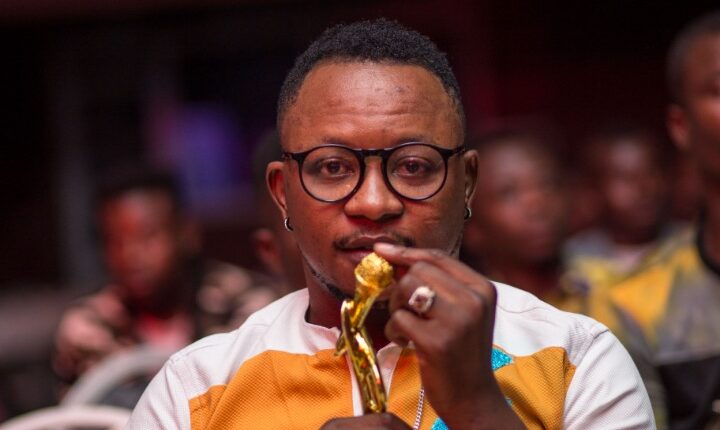 Radio and television personality Nana Kwasi Boateng has been awarded for his hard and dedication to promoting Music Industry across the three (3) Regions in BA (Bono East Region, Bono Region, and Ahafo Region).

The ceremony took place on the 2nd of November at the Tyco City Hall in Sunyani. Murphy received a golden award with a citation. In his speech, he used the opportunity to call on all stakeholders across the region to keep supporting young talents and the creative arts industry.

This year’s edition of the awards festival  saw in attendance; personalities who support the music and entertainment industry in Ghana. Dignitaries such as – Hon. Millicent (NDC Aspiring Member of Parliament 2020), Representatives of the Sunyani traditional Council, the regional Director – Ghana Tourism Authority in the person of Mr. Appiagei and other stuff of the Authority, Heads of public and Government Institutions from Sunyani and other regions in Ghana, Ras Caleb Appiah – Levi (Presidential Aspirant – MUSIGA), Mr. Robert of Rovak Ghana / Cast Vote Ghana, and other highly profiled dignitaries.

BAMA among it’s objectives this year 2019 and in the long term seeks to solidify the music and entertainment industry by creating a unique platform for hard working Talents in BA and beyond to be recognized, promoted, celebrated, supported, and encouraged to be self sustaining though music, entertainment and creative arts in general.