R2Bees Reveals Why They Did NOT Sign With Universal Music 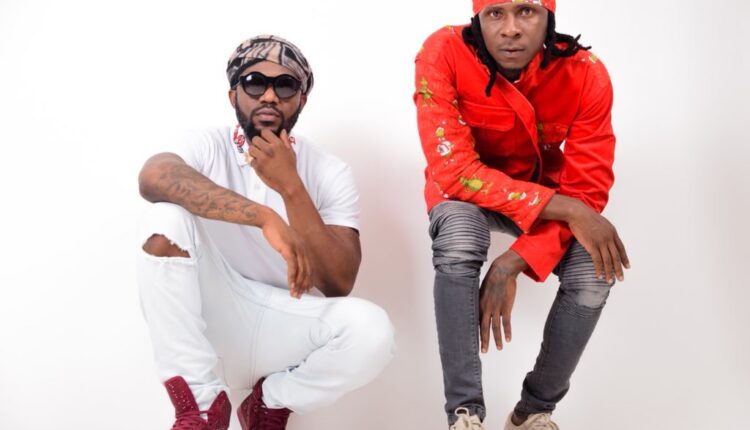 R2Bees was on  YFM‘s Ryse N Shyne with Ms Naa and DJ Loft to talk about their deal with Universal Music Group, life under the spotlight and their latest album ‘Site 15’.

In August 2018, it was reported that R2Bees had inked a deal with Universal Music Group for their upcoming album ‘Site 15’ which was premiered last Friday.

The duo after premiering ‘We De Vibe’ announced they were going to premiere the much anticipated album ‘Site 15′.

“We’ve just finalized a deal with Universal for our Album SITE 15, this has caused the album to be pushed back a few weeks… We are sorry for the delay.”

But talking about the deal this morning on YFM‘s Ryse N Shyne with Ms Naa and DJ Loft, Omar Sterling detailed;

“We were supposed to do a record deal with Universal Music in the last quarter of the year. They were supposed to come on board but we pulled out last minute because we have been doing this for a minute and we have doing it on our own.

“Although they gave us 100% creative control we felt like we wanted to do what we wanted. If we were upcoming artiste, then it would have been a great deal but we have a solid fan base now and our streaming numbers are amazing so I told Mugeez we did this all by ourselves and we don’t have anything else on the side and so lets do it ourselves. And also we had already shot videos and so we didn’t know what a label could for us.

“Killbeatz was telling me we should give it them but when we dropped the album and he saw the reception he called me and said ‘it’s good we did our own thing plus Apple Music and Spotify supported us massively as independent artists and these were things the label said they were also going to do.

Babes Wodumo: Outrage In South African As Singer Is Beaten On Instagram live