R. Kelly’s Marriage to Aaliyah Used As Evidence By Prosecutors 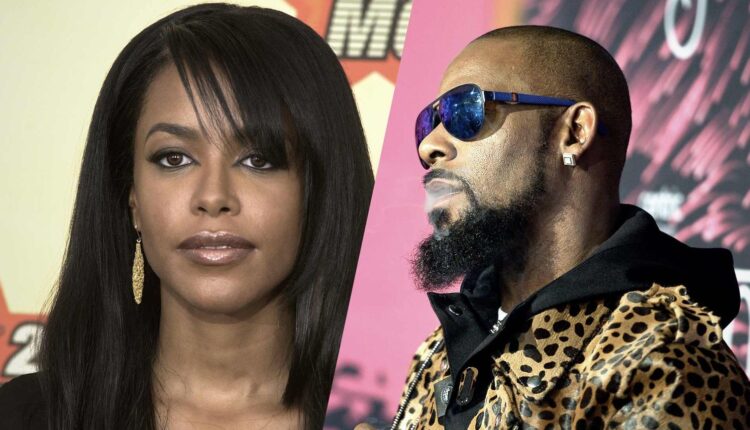 R. Kelly’s secret marriage to an underage Aaliyah is being used by prosecutors to keep the disgraced singer behind bars.

According to court documents obtained by The Blast, prosecutors are trying to shut down Kelly’s attempt to have the judge reconsider granting him bond. A judge already  denied his request for bond  and he has been behind bars ever since.

Kelly argued he was not a flight risk and promised not to talk to young girls, along with wear a GPS monitoring device.

Prosecutors are not impressed with his attempt and are firing back at Kelly. They argue he has presented no “new evidence or new legal analysis.”

They say the judge made the right decision to deny him bond. Prosecutors write, “The Court’s ruling that defendant is a danger to the community was supported by clear and convincing evidence. The government proffered at the detention hearing that Minor 1 testified under oath in the grand jury that Robert Kelly sexually abused her repeatedly beginning when she was as young as 13 years-old and that the videos named in Counts 1, 2, and 3 of the Indictment all show Robert Kelly sexually abusing her when she was 14 and 15 years-old.

They continue, “The extent of defendant’s sexual abuse of minor girls is staggering: the Indictment in this district alone alleges five minor victims, and as proffered at the detention hearing, defendant sexually abused those girls hundreds of times before they turned 18 years-old.”

Prosecutors then bring up Kelly’s marriage to the late singer Aaliyah, who he secretly married when she was only 15 and he was 27. They forged the marriage certificate to say Aaliyah was 18.

According to the  marriage certificate obtained by The Blast, the wedding between Kelly and Aaliyah was officiated on August 31, 1994 by Elder Nathan J. Edmond during a religious ceremony in Rosemont, Illinois.

The marriage was made official when it was recorded on September 6, 1994, but it was reportedly later annulled after Aaliyah’s parents filed paperwork.

Kelly has refused to speak about Aaliyah publicly and  even banned Gayle King from asking questions  about her during their sit-down interview.

In the newly filed court documents, prosecutors reveal they plan to Kelly’s marriage to Aaliyah as evidence in his pending criminal case.
They explain, “Defendant even married a 15-year-old girl when he was 27 years-old. The government produced in discovery to the defendant the official marriage application, marriage certificate, and annulment records for this marriage. Far from being a one- time mistake, defendant’s sexual abuse of minors was intentional and prolific.” Kelly recently plead not guilty  to 18 federal charges relating to charges of child pornography and obstruction of justice. He has been stuck behind bars after a judge denied him bond.
Kelly has been locked up in Chicago’s downtown Metropolitan Correctional Center after he was arrested by Homeland Security agents and NYPD detectives.
The R&B star is facing a maximum prison sentence of 195 years in Chicago for alleged crimes against 10 different victims.
His lawyer has been trying to get him out on bond but has not been successful.
He argued Kelly was not a flight risk  and promised his client would not talk to young girls while out. He also promised to wear a GPS monitoring device.
The judge wasn’t swayed.
Follow @nydjlive

Meagan Good and Husband DeVon Franklin Headed For Divorce After 9…