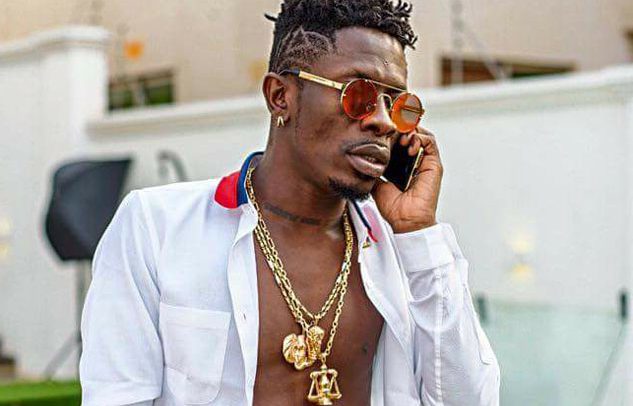 Members of Parliament’s Public Accounts Committee (PAC) have questioned the basis for which state-owned Exim Bank allegedly paid about ¢2 million to dancehall artiste, Charles Nii Armah Mensah Jr. aka Shatta Wale and others as brand ambassadors.

Ras Mubarak, a member of the Committee said it makes no economic sense for the company to pay such an amount to an artiste to promote made in Ghana goods.

“I mentioned ¢2 million that went to Shatta Wale but the Deputy CEO says they wouldn’t know who the vendor selected and this is not to say that we have a problem with Shatta Wale getting some amount of money to do whatever work.

“But the Ghanaian public deserves to know how much went out and who got it because their answers were not satisfying.”

Mr. Mubarak’s concerns follow media reports suggesting that the bank paid some huge sums of monies to Shatta Wale and actor and comedian, Kofi Adu, popularly known as “Agya Koo” to be its brand ambassadors.

But responding to the matter at PAC sitting Wednesday, the Deputy Chief Executive Officer with oversight of the Finance and Administration Division, Kwame Adu-Darkwa said the bank only engaged the services of a media consultant to support them in promoting their product since it was necessary.

He, however, insisted that he has not signed or sighted any cheque doling GH¢2 million to any artiste.

“You will be surprised how brand ambassadors can be good for promoting a particular sector. Sometimes what needs to be done is that if you have done incredible work, it will be good for people to know what their options are, and having a good brand ambassador to do that makes sense.”

But Ras Mubarak who is MP for Kumbungu believes the money could have been invested in the provision of water and other basic amenities for rural communities.

He tells JoyNews, compared to other mature artists, Shata Wale does not deserve the GH¢2 million given to him.

Meanwhile, Chairman of PAC, James Klutse Avedzi said the Committee will invite officials of the bank to present details of the said payments to Shatta Wale and others.

The bank’s vision it to become a strong financial institution that will be a key engine in the development of Ghana’s export trade, facilitate cross border trade and make Ghana a pillar in regional and continental trade

The mission of the bank is to facilitate the transformation of Ghana’s economy into an export one by supporting and developing trade between Ghana and other countries, overseas investments by Ghanaian companies, and eliminate critical market failures in the Ghanaian economy thereby making Ghana competitive in the global marketplace.