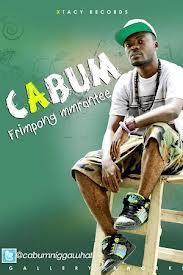 You might not be far from wrong to call it a revolution as many top radio presenters and DJs in the Garden City of the Ashanti Region, Kumasi have pledged to refocus on breeding new musical acts and supporting the very few talents it has produced so far.

In reaction to a story published last week by www.nydjlive.com asking if Shatta Rako could be the saviour to the dying face of musicians in Kumasi, many radio presenters and DJs in Kumasi who were awakened to the gradual decline of musical acts in the city discussed on their various weekend entertainment review shows what the causes could be and the way forward in helping solve the problem.

Starting from Luv Fm’s “Private Party” to Angel Fm’s “Angel Entertainment Show”, many radio personalities who contributed to the shows have pledged to throw their full weight behind their own as priorities have been misplaced for a long while.

Although it was outlined many things have caused the dying trends in the city unlike the early days where Lord Kenya, Akyeame, Okomfour Kwadee and many others stood tall, the industry players in Kumasi believe it is necessary to tackle the issue from somewhere and that is to place premium on home-grown musical talents before looking elsewhere.

Could this be a step in helping raise a new generation of musical legends in the Garden City?