Pokello and Africa Shows Finalist Elikem All the love 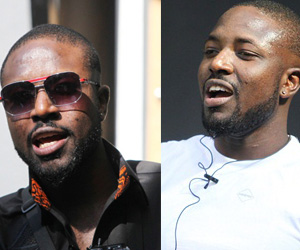 If this is not love, then what else could be?

Moments after Elikem was crowned next week’s HoH, making him a sure Finalist in The Chase, his madam Pokello and their fans took to Twitter to congratulate heir man.

Polikem, as they are fondly referred to on our Twitter and Facebook, have been the hottest topic on the lips of Big Brother The Chase fans across the continent since their relationship blossomed in the House.

The two were joined at the hip and shunned all haters in the House, focusing on their game and sticking to their no-nonsense attitude.

So, it was no surprise that Pokello was one of the first to Tweet about her man’s victory today. Check out the congratulatory Tweets below:

My heart never lied to me. HOH all the way to the final! I believed in u then and I believe in u now

Ghana stand my and be counted!!! Elikem runs the city!