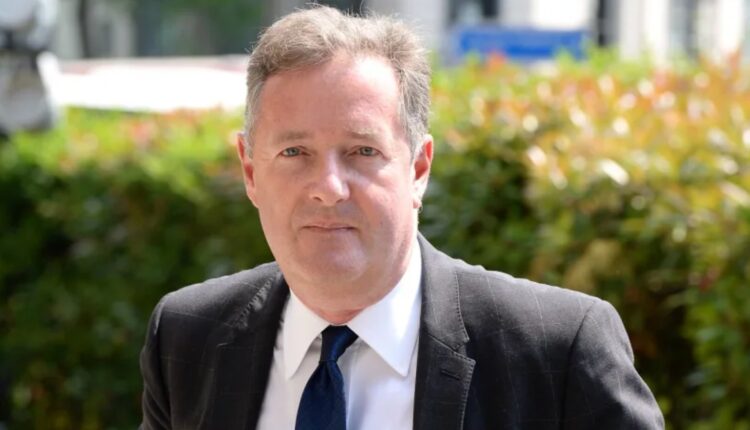 Piers Morgan has left his role as a presenter on Good Morning Britain, ITV has announced.

The announcement comes after broadcasting regulator Ofcom launched an investigation after it received more than 41,000 complaints regarding comments made by the presenter following Harry and Meghan’s interview with Oprah Winfrey.

In a statement, the broadcaster said: “Following discussions with ITV, Piers Morgan has decided now is the time to leave Good Morning Britain.

“ITV has accepted this decision and has nothing further to add.”

The Duchess of Sussex opened up about her suicidal thoughts during her time in the Royal Family in a deeply personal and explosive interview with Oprah Winfrey. Meghan said she got to the stage where she “just didn’t want to be alive anymore.”

After the clip aired, Morgan said during Monday’s programme: “I’m sorry, I don’t believe a word she says.

“I wouldn’t believe her if she read me a weather report.”

An Ofcom spokesperson said: “We have launched an investigation into Monday’s episode of Good Morning Britain under our harm and offence rules.”

He said: “When we talked about this yesterday, I said as an all-encompassing thing I don’t believe what Meghan Markle is saying generally in this interview, and I still have serious concerns about the veracity of a lot of what she said.

“But let me just state on the record my position about mental illness and on suicide. These are clearly extremely serious things that should be taken extremely seriously, and if someone is feeling that way they should get the treatment and help they need every time.”

'I've been in situations where I haven’t called out racism based on how it’s been treated in the past.’

‘We have to get comfortable talking about the uncomfortable.’@piersmorgan and @alexberesfordTV have a frank discussion over Harry and Meghan’s accusations of racism. pic.twitter.com/p2Y86A7peb

Speaking about the death of Diana, the 55-year-old former newspaper editor said Harry “couldn’t let it go”, but “William went through the same thing and he’s managed to come to terms with the media and he works with the media”.

Weather presenter Beresford then interjected and said the Royal couple had “had an overwhelming amount of negative press”.

“There was bad press around the engagement… and everything that has followed since.”

He added this had “been incredibly damaging, quite clearly, to Meghan’s mental health and also to Harry…

“And I hear Piers say William has gone through the same thing but, do you know what, siblings experience tragedy in their life and one will be absolutely fine and brush it off and the other will not be able to deal with it so strongly and that is clearly what has happened with Harry in this situation.

“He Held Me By The Neck…” – Sarkodie Recounts…