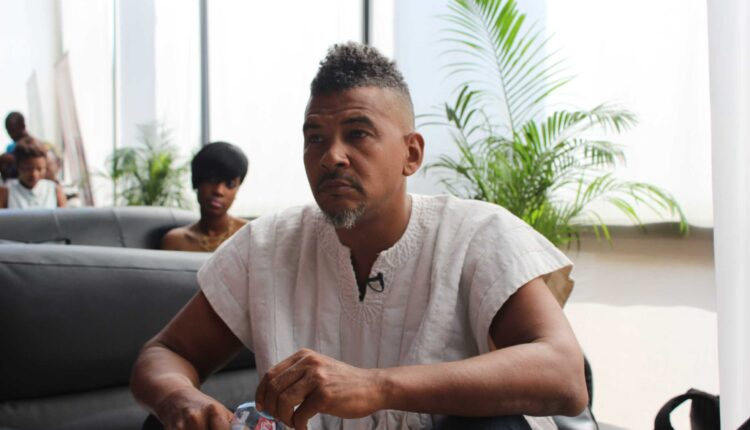 The Chief Executive Officer of Pidgin Music, Panji Anoff has indicated that it will be out of place for any individual to claim to have created or inspired the Hiplife music genre.

His comments came in the wake of controversies surrounding who the originator of Hiplife is.

Reggie Rockstone who was the first to release a hiplife album titled, Maka Maka, has over the years been credited as the originator of the genre.

However, veteran sound engineer and music producer, Zapp Mallet who had kept mute on the issue came out few days ago to say that he originated the name ‘Hiplife’.

Panji, commenting on Zapp Mallet’s Facebook post that Hiplife was not originated by one person, agreed to the suggestion and gave his account of the genesis of the genre.

He indicated that he knows the history because he was around before the genre had a name.

“…Talking Drums described their music as Hiplife in radio and Television interviews (including Smash TV with Nana Achampong), long before Reggie Rockstone came to Ghana or met Zapp Mallet. Zapp (I am very sure) has never claimed to have “advised” Reggie to adopt any name for his music….

What is true is that one of the earlier TV interviews (again by Metro’s SMASH TV) took place in Zapps CHM Studios. The word Hiplife was mentioned many times during that interview. Present was myself, Panji Anoff, Talking Drums (Abeeku Ribeiro, Kwaku Tutu), BB the Virus, Sam Matton, Reggie Rockstone, Rab and perhaps also Eddy Blay and Zola. At the time neither did Reggie describe his music as Hiplife, nor did Rab call himself a Hiplife producer. In fact when Rab came to Ghana in 93/94, he dismissed my Hiplife beats (sampling CK Mann, Alhaji K. Frimpong and Fela Kuti) as being “… wack…” because I was not using soul and funk samples, and therefore not producing real “hip-hop”. My feelings were hurt but i insisted that I was not even trying to produce Hip-hop, so I would continue to sample highlife to make Hiplife..

Zapp Mallet (who was a far more accomplished musician than i still am) was a pioneer for adding live instrumentation (especially guitar) to Hiplife instead of sampling a records with a guitarist playing, which he correctly pointed out made it too easy to be copied by others, and was going to be finite because of the limited numbers of African records to dig through. Time has proved Zapp right, and even since then a whole new generation of producers has taught us all that the music we have always been trying to produce is actually in the rhythm and not in the sounds or tones, as Azonto and Afrobeats has proved.

What is also true is that Zapp Mallet (and Mike Swai of Mac Tontoh’s Hotnot Studios) recorded and mixed almost all of the songs of that era and so defined the sound that was yet to come. (They might also have been the only studios using Akai S900 samplers at the time), alongside George Brun’s Groove Records (Ensoniq ASR-10 sampler) where many demos and experiments were also recorded.

Thank you Zapp for pointing this out. Hiplife is a big melting pot of ideas that no individual can honestly claim to have created or inspired, especially when the Hiplife experiment began around 1990, and most people did not hear about Hiplife until 1994/5…

And I know because I was there before Hiplife even had a name ; )