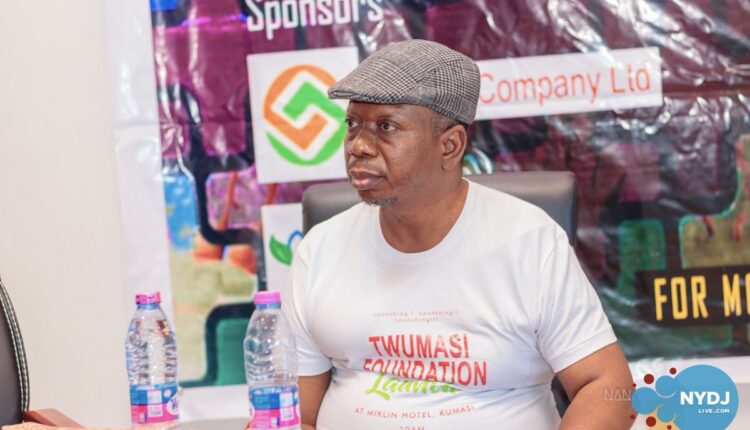 Having endured stroke for the past decade, Mr. Kwaku Twumasi, a veteran Ghanaian movie producer and director responsible for the success of many actors and actresses across the country has launched the Twumasi Foundation.

Aimed at supporting ailing film makers, the director during the launch of the Twumasi Foundation at the Miklin Hotel in Kumasi explained the reason for the establishment of the foundation.

He narrated his ordeal surviving and living with stroke at a moment when he was about to enjoy the fruits of his hard work.

“Sometimes in life, the unexpected happens and all your dreams, hopes and aspirations in life come to a standstill. In cases like this, especially when you are a public figure and you least expected to be struck down by any misfortune, you are neglected by friends and loved ones and sometimes even by family.

The bitter experience I went through keeps ringing in my mind and it is my wish that none experiences it and even if it happens, there should be a way to support and assist such people. It is in line with this that we initiated the Twumasi Foundation’

Speaking at the launch, actor Bill Asamoah reiterated how instrumental Mr. Twumasi has been to the industry and the need to support the foundation.

“Mr. Twumasi has fought a good fight and we don’t only need to crown him. We need to help him wear the crown” he said.

Jagga Pee also lauded the initiative and asked for individuals, actors, actresses, corporate and government bodies to support the foundation.

Check out pictures from the launch in Kumasi.