Photos: Sarkodie pulls a surprise on Shatta Wale at the launch of After The Storm Album 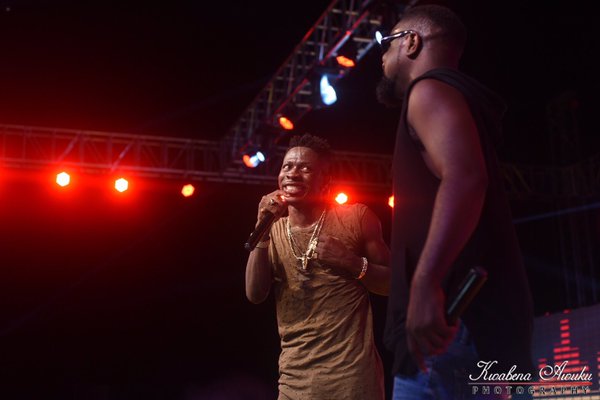 BET Award winner Michael Owusu Addo adored and referred to as Sarkodie my many pulled a huge surprise on Ghanaian dancehall artist Shatta Wale last night at the launch of his album, After The Storm.

Although not billed to perform, the musician got the emotional part of the Chop Kiss hit maker as they performed some of the hit songs together.

The broad smiles on their faces suggested the deep bond the two had built over the years.

According to commentary run by colleagues including Chris Handler, Sarkodie “signed his signature with some few lines from his track Original“.

Sarkodie described the performance as ‘fire’

It's always fire when we Linkup … Had to surprise my bro @shattawalegh 🔥🔥🔥 pic.twitter.com/AbmtImwXXS

Check out some photos from below.

Shatta Wale’s album launch now goes down as the biggest ever in the history of Ghana.

Jesus Is The Vaccine The World Needs – Contemporary Artiste & VGMA…

EXCLUSIVE: How The Jay-Z African-Themed Album April Fool Prank Was…