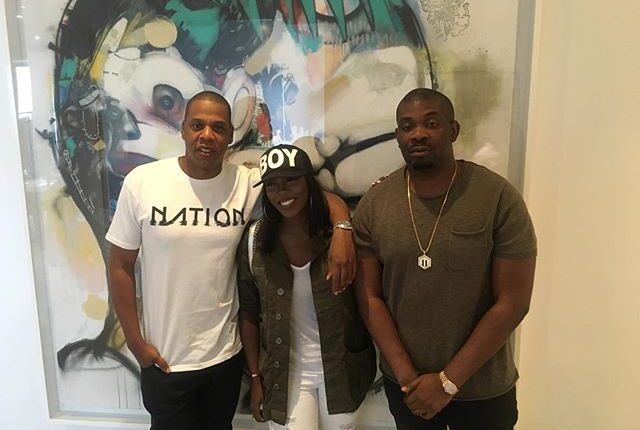 The month of June seems to have started well already for African music as some big wits on the continent make connects with some of the biggest influences in the music industry at the moment in the United States of America.

Not too long ago, Ghanaian hip hop act Kwaw Kese who is currently in New York shared a photo of himself and Kanye West. This generated a lot of talk on social media as to what the outcome of the meeting could be.

Days later, the CEO of the biggest record label (The Mavins) on the African continent, Don Jazzy and his artist Tiwa Savage are also in the news because they shared a photo and video of themselves with ROC Nation boss Jay Z.

Before this, South African hiphop star AKA had in an interaction with Empire stars Taraji Hanson and Terrence Howard discussed the insurgency of African music globally and the need to give it space to blow during the launch of Fox Africa on DSTV Compact bouquet in South Africa.

Could anything better come forth from these meetings? Just like I keep saying, I hope it goes beyond taking photographs.