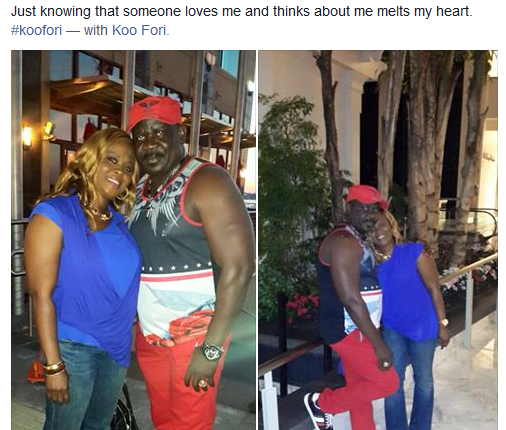 Making the announcement via social networking site Facebook, the new fiancee (Naa Ameley Tagoe), a popular radio presenter (with Sankofa Radio) among the Ghanaian community in the States shared photos of herself and the actor describing him (Koo Fori) as the one who makes her “heart melt”.

Koo Fori joined the CEO of Joy Daddy Bitters, Jayden Manfred in the States where the two have been spotted attending events together.