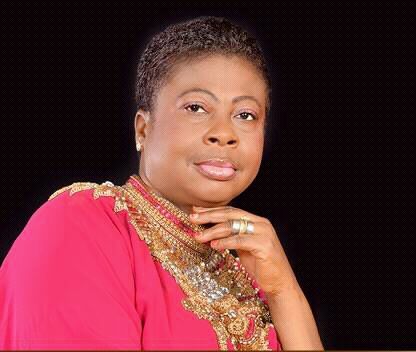 As part of celebrations to mark her 30th anniversary of Gospel ministration through music, Ghanaian musician Victoria Sarfo over the weekend threw a big party for the aged in Barekese, a town in the Ashanti Region of Ghana.

Quite different from many celebrities who share great moments with children and the less privileged, Mrs. Victoria Sarfo believed it was worth paying attention to the aged as well. The party which was thrown at the Barekese community center saw several men and women above 60 dine and dance to great gospel tunes.

The aged present were also presented with gift items including clothes, towels, detergents and so many items estimated at 10,000 cedis. Victoria expressed her excitement at meeting the aged and explained an encounter with a 115year old was more humbling to her.

Not only were Christians present but members of other religious faith were present to fete with her.

Victoria sarfo has been singing for the past 30years in the gospel industry and has 5 albums to her credit.. Her latest album You are God You are not a Man, although not released yet is enjoying massive airplay on some radio stations and will be due for launch in August.

Speaking to Dave Hammer on the Hello Entertainment Review, Victoria Sarfo asked the government and individuals to take pay attention to the aged as some live in very deplorable states and need attention.

Check out some pictures from the party.