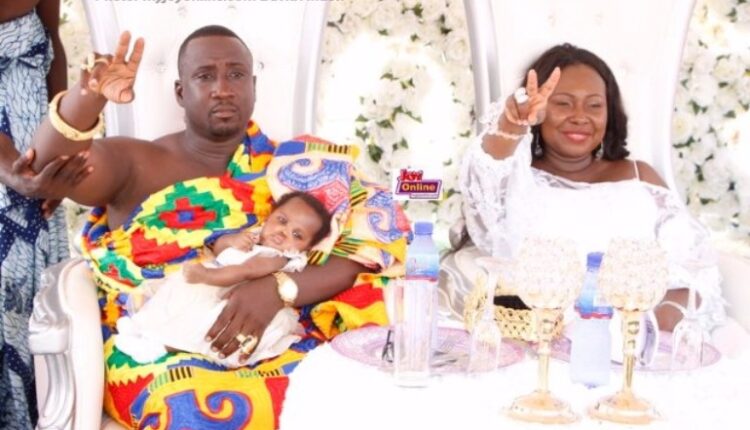 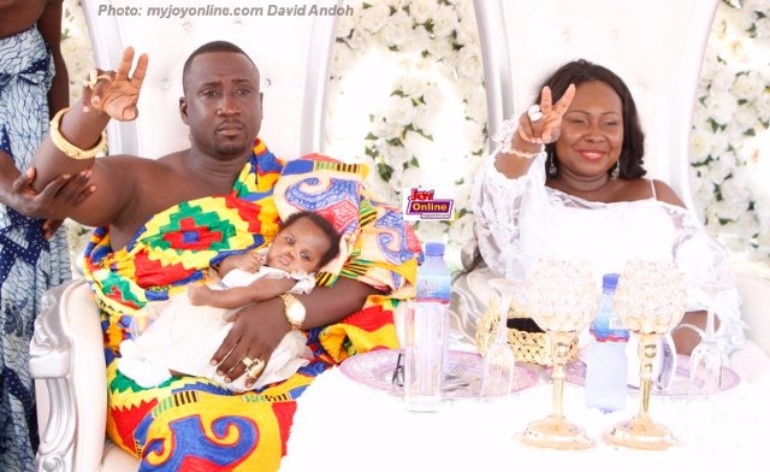 The much-anticipated naming ceremony of daughter of Gifty Anti and Nana Ansah Kwao IV, Chief of Edumasa took place on Sunday.  She was outdoored as Afia Asaa Afrakoma Sintim Misa.

The ceremony,which had both traditional and Christian elements, was well-attended with some list of dignitaries including  Nana Konadu Agyemang Rawlings,  Kwaku Sintim Misa (KSM) and  Mr George Owusu, former CEO  of EO Group.

Mr Owusu promised the baby, the the adorable baby girl 500 shares in Tullow Oil. Afia Asaa Afrakoma Sintim Misa is also Ahenkan, that is the first child born to her father as a chief. She is not her father’s first born, but his first child since he became a chief.

During the ceremony the baby was passed the queen mother Nana Afrakoma to decorate her with bracelets, act she performed while speaking words of wisdom and inspiration to her.

Check out photos from the ceremony which was also attended by personalities in the entertainment industry including Becca, Ceccy Twum, Afia, Nanayaa and KOD, courtesy MyJoyonline. 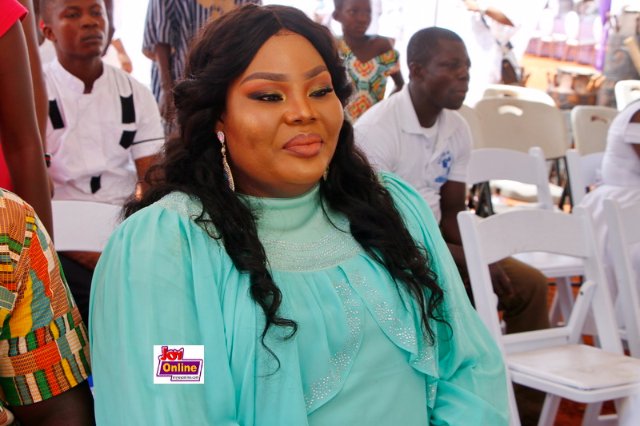 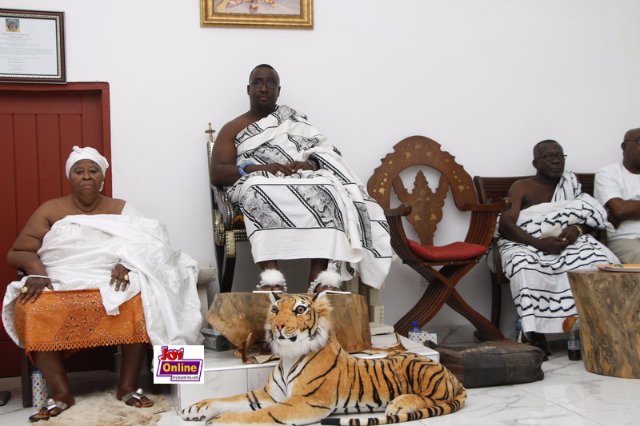 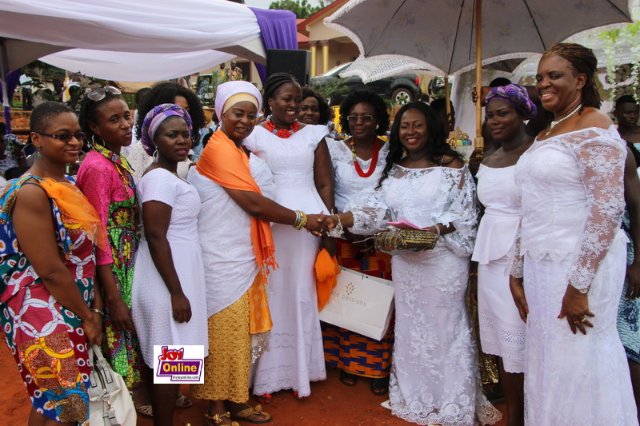 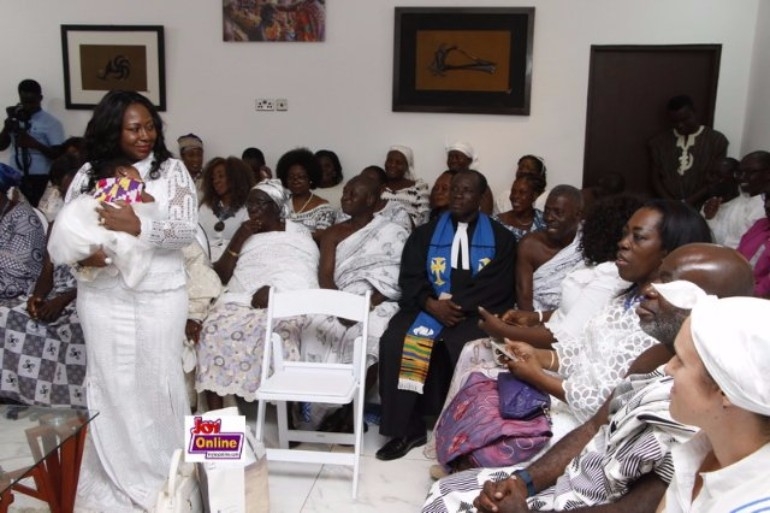 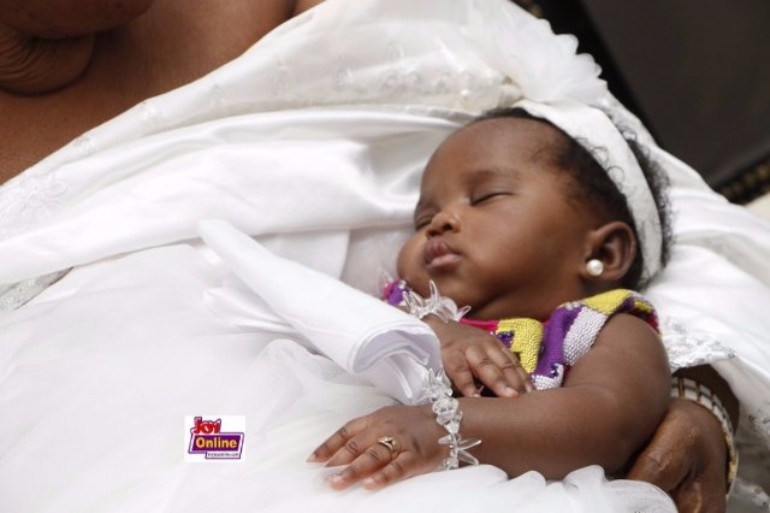 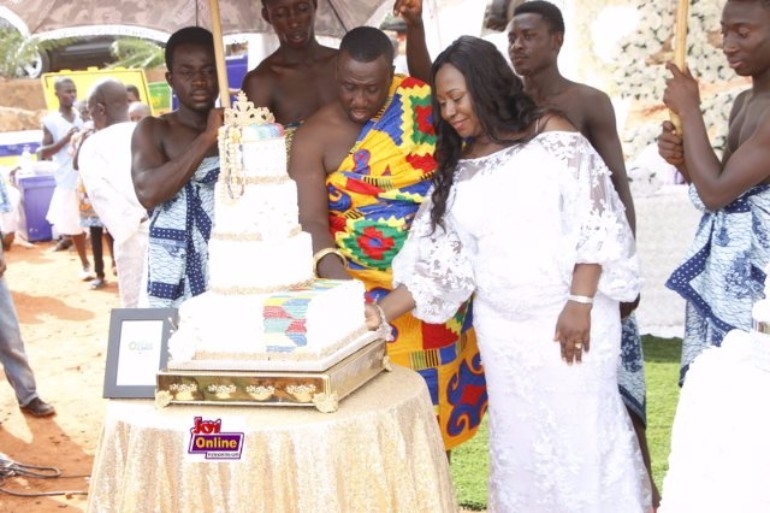 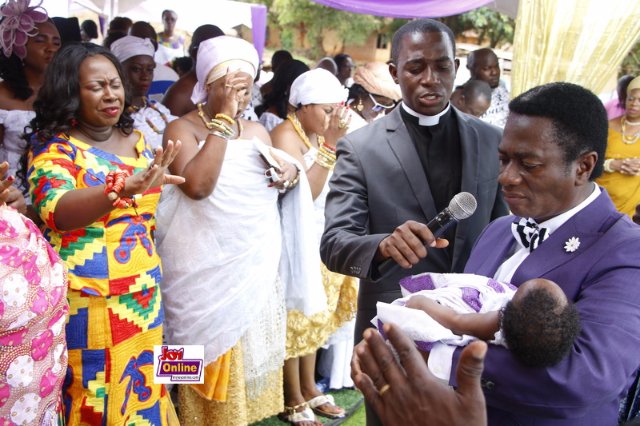 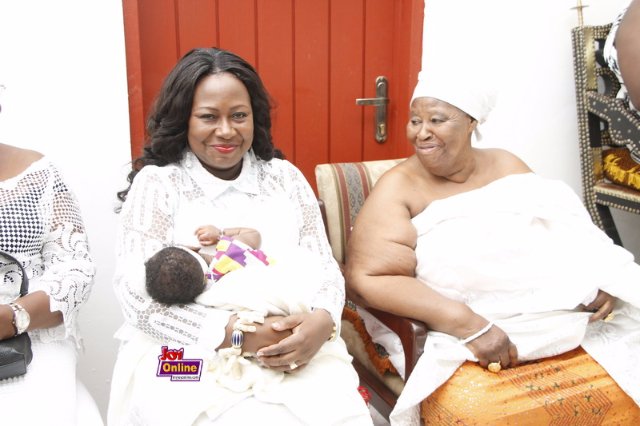 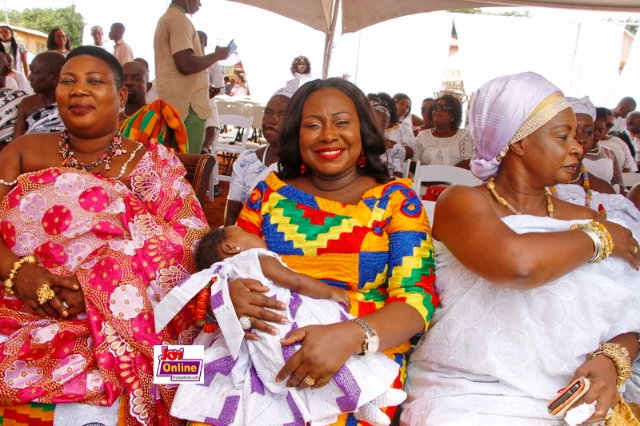 Birdman Is Coming To Ghana