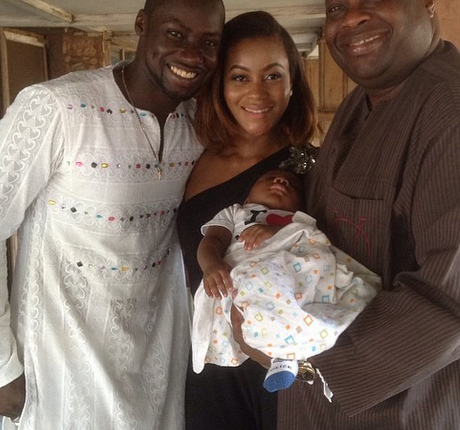 The ceremony which was held over the weekend was well attended by close relations.

Chris Attoh on Friday, August 8 proposed to Damilola in New York and welcomed their first son Brian on October 6 2014.

Check out photos from the naming ceremony.