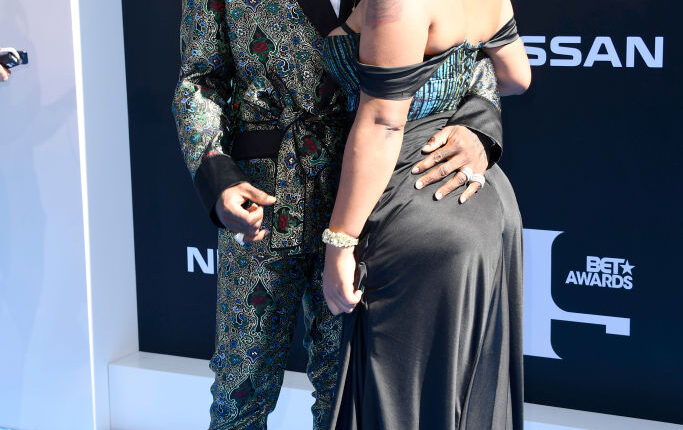 The 2019 BET Awards was a big night for African giant Burna Boy, which held at Microsoft Theater on June 23, 2019, in Los Angeles, California.

The music star walked the red carpet with his rapper girlfriend Stefflon Don as well as with his ‘momager’ Bose Ogulu.

Although it had been rumoured on several occasions that the two were dating, they made it official over the weekend.

Burna Boy who won the “Best International Act” award was however missing but his mum got him received the plaque on his behalf.