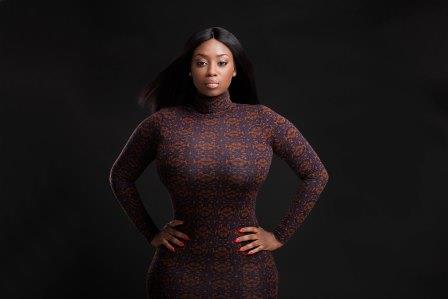 Popular TV Presenter, Actress and Event host Peace Hyde is set to make an appearance to our screens as “Eniola” in the new series of MTV Shuga, the sizzling sex and relationships drama and multimedia campaign developed by the MTV Staying Alive Foundation and MTV Base (DStv Channel 322).

A brand new face on the MTV Shuga horizon, Peace Hyde was chosen for a juicy new role in the prestigious TV series alongside fellow Ghanaian Actor Chris Attoh. Peace, will be interpreting the new role of Eniola, a 30 year old HIV mother mentor who guides “princess” through the difficulty and uncertainty of pregnancy with HIV.

Filming for MTV Shuga is already underway in Lagos and the show is slated to hit TV screens later this year. The new season is set to top the success of series 3 of MTV Shuga, which aired to more than 550 million households in Africa, Europe, UK, The Americas, Asia, Australia and Oceania, and the Caribbean.

Fusing sexual and other public health messaging with world class storytelling and relatable characters, the new series of MTV Shuga will focus on a range of themes relevant to young people, including adolescent girls, first sex, gender-based violence, HIV testing and counselling, prevention of mother-to-child transmission (PMTCT) of HIV, disclosure of HIV status, stigma and the use of helplines.

MTV Shuga season 4 will premiere on MTV Base and partner TV stations later this year.