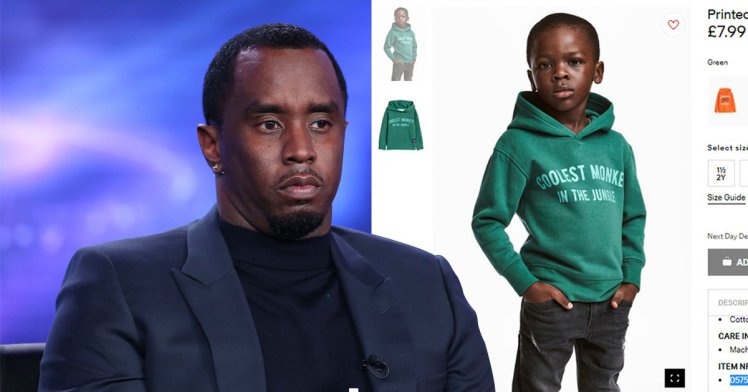 P Diddy is reportedly set to reach out to the little boy at the centre of the H&M ads which have caused such controversy.

P Diddy has seemingly responded to the whirlwind of controversy sparked by the H&M ad which features a black child wearing a jumper with the slogan ‘Coolest monkey in the jungle.’

According to Metro, the rapper is planning on hiring the little lad to model for his own brand, Sean John. It’s even thought there’s a $1mil contract on the table.

There’s no word yet if the lad has accepted, and Diddy’s people refused to comment when approached but it would certainly be one heck of an outcome to the sh*tstorm caused by the controversy.

. @hm, have you lost your damned minds?!?!?! pic.twitter.com/EYuCXLZtv3

Diddy also posted a picture of the boy with the caption reading ‘Coolest King in the world’.

Put some respect on it!! When you look at us make sure you see royalty and super natural God sent glory!! Anything else is disrespectful.

Multiple Twitter users addressed the brand, explaining that dressing a black child in a hoodie with this slogan was at best racially insensitive and at worst actively racist.

According to an H&M spokesperson: ‘This image has now been removed from all H&M channels and we apologise to anyone this may have offended.’

They added by writing on Twitter: ‘We understand that many people are upset about the image of the children’s hoodie. We, who work at H&M, can only agree. ‘We’re deeply sorry that the picture was taken, and we also regret the actual print. Therefore, we’ve not only removed the image from our channels, but also the garment from our product offering. ‘It’s obvious that our routines haven’t been followed properly. This is without any doubt. We’ll thoroughly investigate why this happened to prevent this type of mistake from happening again.’

woke up this morning shocked and embarrassed by this photo. i’m deeply offended and will not be working with @hm anymore… pic.twitter.com/P3023iYzAb

The Weeknd has confirmed he was never work with H&M again after the clothing store was forced to apologise for a racist advert.

‘Woke up this morning shocked and embarrassed by this photo,’ the singer wrote on Twitter. ‘I’m deeply offended and will not be working with @hm anymore.’ The Weeknd, real name Abel Makkonen Tesfaye, launched his debut line with the Swedish brand in 2017.