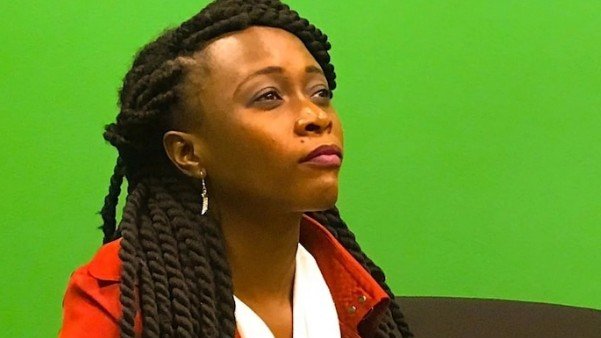 American and Ghanaian filmmaker Leila Afua Djansi has responded to individuals accusing her of ‘preventing’ the submission of productions from Ghana for the 93rd Academy Awards for selfish interests.

In a lengthy note sighted by Ghana’s Hub For Pop Culture & Urban Entertainment News – www.nydjlive.com, Leila advised the embittered filmmakers to rather work on their productions to give them better shots at subsequent Oscars than to cry foul on social media.

“There’s a windfall to submitting a country, but that windfall could be a waterloo. You have once chance at self-respect. Take the best shot. Or are we to submit for submitting sake? “My film was submitted,” and then?? Is it ready? Filmmaker, know thy film.

If Ghana doesn’t submit to the Oscars this year, it will not cease to exist, and the Oscars will still be there tomorrow. How about go package yourselves and come back better? Put your best foot forward.”

Responding to accusations that she is unwilling to push forward any Ghanaian movie until her own gets the nod, the producer stated;

“Please, I am not aiming at the International Film Oscar category; if that were the case, I’d have entered Like Cotton Twines, which won the best narrative feature at an Oscar-qualifying festival. Do not foist your weaknesses on me. I am aiming at BOND.

And, I am American. I am not even qualified to submit. Are you relieved now? Can you breathe? Some of my films may be shot in Ghana and be Ghanaian stories, but they are legally not Ghanaian productions. The financing, production companies and the above the line filmmakers have never been Ghanaian. Breathe.”

According to Leila, she was never present at the film vetting and rather showed up when it was done due to some family crisis. She continued to say she only received a mail from the 14 member committee which informed her of its decision not to submit a movie this year which she agreed to.

“I don’t live in Ghana and have never been present at the voting and always voted remotely. This year (the last year 2020), I am in Ghana but have a family crisis on my hands; thus, I was not even present at the film vetting. I showed up at the end when it was done. I later received an email that the committee voted not to send, and I said I am in 200% agreement. The committee tasked me to issue a press release; I did.”

Leila further explained all the four movies vetted had “issues from copyright infringement to blatant lack of adherence to rules, storylines with terrible after-effects magic and no research, etc.”

She advised filmmakers to approach the Oscars with all the seriousness it deserves.

“Oscars is not a haphazard enterprise. The Oscars is an industry in itself. It’s a monumental beast not to be approached with minuscule material.”