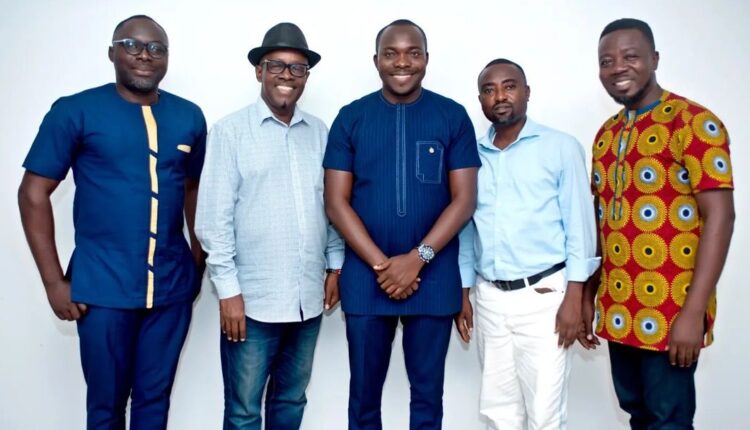 Ahead of its fifth (5) anniversay scheduled for the last quarter of 2022, organizers of the prestigious Ghana National Gospel Music Awards (NGMA) have paid a courtesy call on the Musicians Union of Ghana (MUSIGA).

Led by Peter Kwabena Dwobeng Sergio, CEO of Ghana National Gospel Music Awards (NGMA), the visit was to formally introduce the newly appointed Board Chairman of the awards scheme, ING Peter Godslove Debrah to the executives of the union.

The parties had a number of discussions beyond the awards scheme geared towards the betterment of musicians in the country.

The acting MUSIGA President of MUSIGA, Besa Simons commended the organization and its leadership and prayed the awards scheme grows to such an enviable status.

Established in 2017, the Ghana National Gospel Music Awards has fast become the first and biggest awards scheme for the Gospel music fraternity with many looking for it each year.