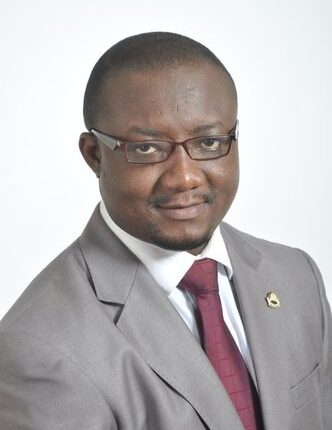 Over the last few weeks, I have observed with promise certain developments within the Ghanaian music industry. Suddenly, there seem to be some reawakening of the consciousness of key industry actors for the good of their domestic economies and our national economy.

A big name artiste in the recent had made a clear statement that; his talent will not mill cash for event organisers for pittance while some 99 others had taken to the courts over management issues regarding their rights and interests. One of the issues that caught my radar rather interestingly was the call by Lord Kenya on music disc jockeys not to play his old music again.

Music has always been such a huge commercial product for all the actors associated with its production. In 2013 alone, Forbes Magazine’s media and entertainment reporter, Zack O’Malley Greenburg reported that, in all hip-hops top 20 earned a combined $343 million.  Unfortunately, it does not seem our artistes are there yet when it comes to the league of big earners on the continent.

In a recent survey by Answers Africa, an online magazine has this year published a list of top ten African musicians using parameters as endorsement value, popularity, show rates, sales, awards, YouTube views, appearance in newspapers, investment, social media presence, influence and so many other factors yet no Ghanaian was good enough to make the list.

The list includes; Youssou N’dour, P-Square, D’Banj, Kofi Olomide, Salif Keita, Fally Ipupa, 2face Idibia, Hugh Masekela, Banky and Jose Chameleone. We can expect that sooner or later some of our local icons will rise and be counted but that depends on them and their approach to their jobs and the opportunities that come with it.

Copyright regime provides the basics and springboard for the monetization of music in every country and talent managers must do well to appreciate that space in order to access its benefits in full.

Copyright is a legal right created by the creator of an original work that grants the creator  the exclusive right to use and distribution, usually for a limited time, with the intention of enabling the creator (e.g. musician) to receive compensation for their intellectual effort.

In Ghana, the Copyrights Act, 2005, Act 690 regulates this aspect of intellectual property by establishing the rights and limitations of rights holders or the various parties who contribute talents and money to own a work like a musical work.

Rights holders in practice have the right to copy, to be credited for the work, to determine who may adapt the work to other forms, who may perform the work, who may financially benefit from it among others.

In a single piece of creative work, one can have a song writer, singer/performer and a producer all of whom have some rights in the final product. Each of them provides varied contributions to deliver a song that ultimately serves various needs to those who patronize them.

I have thus been asking whether or not the iconic Former Hip-life artiste turned Evangelist, Abraham Philip Akpor Kojo Kenya, popularly known as Lord Kenya can demand that radio presenters and DJs should stop playing his old music for whatever reason?

Following from the above, the request by Lord Kenya for a freeze on the airing of his old songs may not be misplaced provided that he is vested fully with the ownership of the works or songs in issue.

It is known however that, Lord Kenya recorded at least some or most of his songs that continue to receive airplay on the Slip Records label which with all intents is a rights holder or a producer within a context of the law.

A producer per Act 690 is a person or entity that finances or organises stage performances or productions or undertakes the first fixation of audio-visual work or sound recording. Their rights arise from their contributions at making the works or songs available to the public.

Without the creative, financial and organisational resources, the recorded sound of the performer cannot be made public. They use their resources to produce commercial phonograms such as CDs, cassettes, records and Mini Discs thereby making the works available to a larger audience. This right allows producers the opportunity to protect their investments by taking legal actions against unauthorized uses.

In certain instances featured artiste may even have rights that could be asserted except that in this country, many consider the opportunity to collaborate or ‘feature’ on the albums of others as a privilege without any business consideration especially when there is an imbalance  of influence among collaborating artistes. In effect works that otherwise should be jointly owned end up credited to one person.

It is a known fact, a number of artistes, collaborated or supported Kenya, throughout his illustrious impact on the hip life genre. It is a possibility that, some of the lyrics to these famed songs were for instance written by others and that respectfully raises a number of issues regarding the rights and interests of these stakeholders as far as the recent call not to air the songs are concerned.

Naturally, the various contributors or stakeholders without any agreement to the contrary may well wish to exploit their contributions commercially. One such is the concept of joint ownership or joint authorship as our law describes it.

In the context of music and copyright, joint ownership or authorship ordinarily arises when more than one person contributes to the creation of a song ‘with the intent to combine their contributions’ into one single work as in an Osibisa, Praye, 4X4 production etc.

Lord Kenya in the main was a solo artiste but can we cast any of Lord Kenya’s old songs that featured other artistes in the mould of the other artistes ‘intending to combine their contributions’ however you look at it so that such persons would be interested in the request to ban the airing of the affected songs.

This is because of certain orientations such as the thinking of the courts in the classical American case of Edward B. Marks Music V. Jerry Vogel Music Co.140 F.2d 266 (2d Cir. 1944), where a songwriter sold lyrics to a publisher who had someone else write music for to accompany the lyrics, the court’s attitude was that the resulting song was a joint work even though the co-writers didn’t even know each other stating that,

‘it makes no difference whether the authors work in concert, or even whether they know each other; it is enough that they mean their contributions to be complementary in the sense that they are to be embodied in a single work to be performed as such’’

Further to the demands of intention to combine efforts, some courts will require that the contribution of each contributor must be copyrightable on their own in order to constitute a joint work so that we avoid situations where minor, unimportant contributions to a work is treated as a joint work.

For a contribution to be copyrightable in Ghana, the work essentially must be original, must have been fixed in a definite medium of expression, original, created by a citizen or a person ordinarily resident in Ghana among others. Without the benefit of a contrary intention, one can assume that songs that features more than one person has the potential for labelling as joint work.

I have heard Mark Okraku Mantey as Chief Executive Officer of Slip records (producers of some of Lord Kenya’s old songs) expectedly challenge the call by Lord Kenya on presenters to stop the airing of his old songs.  It will not be out of place to have others whose distinguishable contributions defined the uniqueness of the songs to equally raise a finger.

The law basically allows parties who work together to develop rules or agreements in writing to govern the ownerships of their songs. Essentially, artiste or parties may decide by agreement to cede their legitimate rights and interest during the contracting stages.

I have been around for long in this space to appreciate that, it is not the practice because until recently many have taken music as a stepping stone to social eminence without a serious view of the business side of it.

Perhaps the time has arrived for talent managers to embrace the kind of attitude that rakes in millions through music from the other side and not to be measured by the fame that come with it. Though, music and hiplife was not more of a commercial commodity when it emerged in the 1990s but I want to believe that Lord Kenya maximized the opportunity while active.

Nonetheless, I celebrate Lord Kenya for his achievements and resolve to open a new chapter in his life. In all honesty, I read his new chapter three years ago with some sense of cautious confidence and three years on, it is certain that, the sceptics have been shamed. I thank God for his life and the opportunity of a relationship by consequence of my vocation at the time

I can understand the stress of an actual or perceived identity crisis that this situation visits on him.  Brand impressions do not change overnight. Lord Kenya made such a huge brand identity on our minds. To my mind his stage craft and the sheer energy of his performances remains unrivalled almost years after ‘retiring’.

I trust that, Evangelist Kenya will have a smooth transition but deserves our encouragement and support as he navigates this critical stage of his life.  He should not be detracted and should invest more energy in the promotion of his new works that reflect his new identity. I will wish to associate with suggestions that should possibly allow the ‘stubborn’ presenters to play and commit the revenues to charity without opening the Pandora box to punctuate his otherwise peaceful adaptation to his new life.

I rest my case.