One Africa Music Fest: Sarkodie Did Not Perform Because He Felt Disrespected 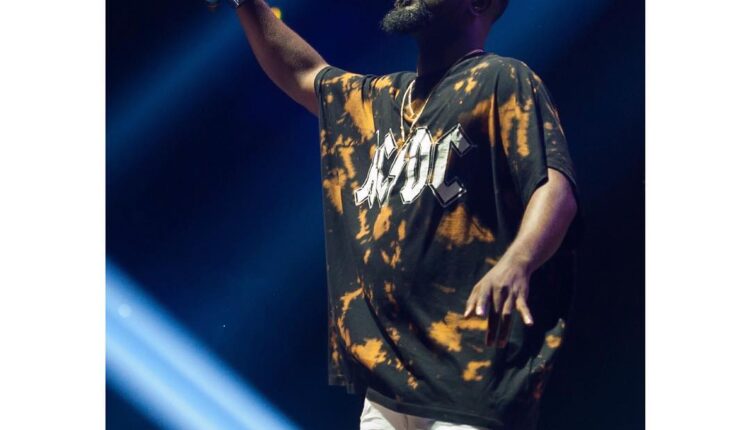 Ghanaian rap artist Sarkodie did not perform at the One Africa Music Fest held in Dubai last night leaving thousands of fans all over the world and present at the venue ask questions.

Although present in Dubai with his team, attending pre-event party and having a perfect soundcheck, our source tells us the turn of events on the night were unpleasant to the musician and his team hence his decision not to perform.

According to a reliable source who spoke exclusively to Ghana’s Hub For Pop Culture & Urban Entertainment News – www.nydjlive.com, the most decorated rapper on the continent was totally disrespected hence his decision not to perform.

“As always, Sarkodie and DJ were present at the venue on time and were to told would perform after Tiwa Savage only to find Wizkid jump unto the stage during Tiwa Savage’s performance even without being announced. The organizers then informed Sarkodie he would perform after Tekno only to find Davido repeat Wizkid’s act. Mounting the stage even without being called. Banky W, the host announced Sarkodie as the next performer while DJ Mensah set up only to be told again that Davido was coming up next. Banky W even seemed surprised. Sarkodie then felt the turn of events were disrespectful and frustrating”.

Minutes into Davido’s performance, Sarkodie announced via Twitter that he was no longer performing and hoped he could make it next time. He ended by apologizing to his fans.

Asked if Sarkodie’s decision was not also as a result of the decision by organizers to cut down the allocated time for performance of various artists due the show running deep into the morning, our source stated saying,

“Sarkodie was willing to perform irrespective of the performance time cut but the breakdown in the running order was a major problem. I mean how do you disrespect an artist like Sarkodie that way. Do you know this is not the first time. This happens to be the third time he has been disrespected in this same manner by the Nigerian artists. So many things including scuffle between artists at the backstage but he decided to stay out of that and not perform”

Sarkodie is yet to make an official statement on the turn of events.

In May 2017, American hip hop recording artist and record producer Jidenna could not perform at the same concert held in London due to time constraints.

Read more on that from here: This Is Why Jidenna Did Not Perform At One Africa Music Festival In London