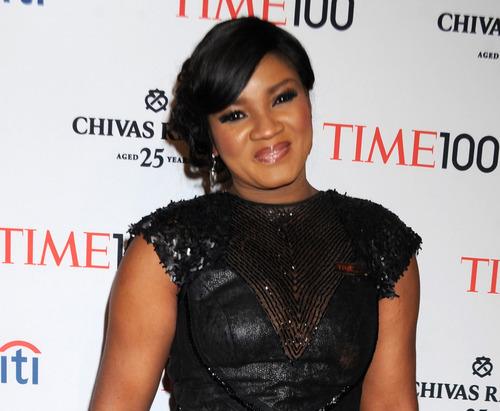 It is without doubt that the dominance of celebrated Nigerian actress and philanthropist Omotola Jalade-Ekeinde’s in the Nigerian film industry otherwise referred to as Nollywood and her recognition worldwide were not merely achieved but a journey well fought and well planned out.

The actress who is currently celebrating 20 years in showbiz has recently been featured in ‘The Highest-Grossing Movie Stars you’ve Probably Never Heard of’ put together by Yahoo.

A feat not merely achieved, Omotola is the only African and one of two women to be featured in the list that has other celebrities such as Frank Welker, Bob Bergen, Jack Angel, Mickie McGowan, Michael Papajohn, Martin Klebba, Clint Howard, Chris Ellis and Bollywood star Shah Rukh Khan.

“…. is like a cross between Oprah Winfrey and Kim Kardashian, with her own reality TV series following her and her family………..and Omosexy is a Nollywood cornerstone. “

Her Box office worth was however unknown.