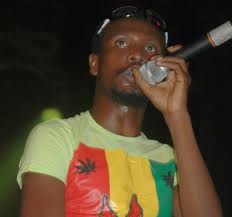 After cementing his place in the Ghanaian music industry and winning the hearts of many worldwide with his music and stage performances, Okomfour Kwadee continues to remain number one among many music loving fans despite the long vacuum created since his absence on the musical scene.

Among the many Ghanaians who consider this great musician as the favourite and number one is rapper Trigmatic who took to social networking site Twitter to express his feeling about Okomfour Kwadee.

The winner of the 2010/2011 best rapper at the Vodafone Ghana Music awards throwing more light on why Okomfour Kwadee remains number one his list he disclosed to www.nydjlive.com

These according to Ghanaian rapper Trigmatic earns Okomfour Kwadee the top spot on his list.

Do you believe Okomfour Kwadee is one of the best Ghanaians have ever had??