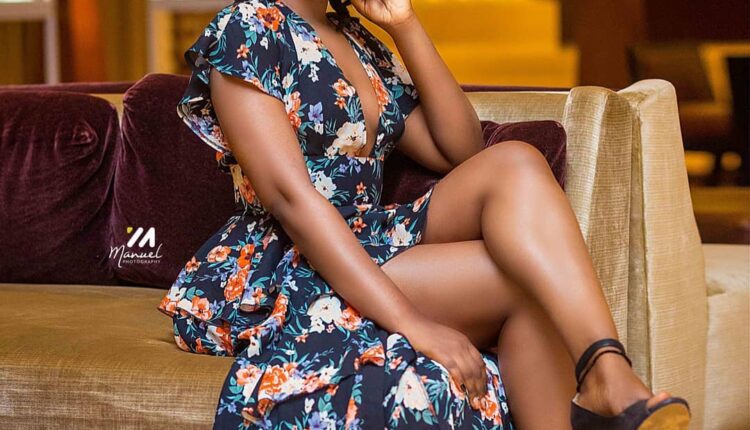 According a statement issued by Lynx Entertainment, MzVee’s 8 year journey with the label has been a good one and that they are proud of the woman they have  watched MzVee grow into.

The songstress, one the finest female acts on the continent, has several hit songs and awards to show for her work in the last eight (8) years. In fact, some pundits dare to call her the most successful female Ghanaian act in the last decade.  She has been under the tutelage of Richie Mensah from the inception of her career, to the formative stages till now.

MzVee burst onto the Ghanaian music scene in 2012 as a lead singer of the girl band D3. She later launched her solo career with hit single ‘Borkor Borkor’ in January 2014; and went on to become the first artiste to win the ‘Unsung Artiste Award’ at the 2014 Ghana Music Awards. The feat was followed with the release of her career defining single ‘Natural Girl’. She went on to release more hits including Daavi, Come and see my Moda, Rewind, Sing My Name and Bend Down.

MzVee worked with Lynx Entertainment for 8 years during which she released 3 studio albums; Re-vee-lation (2014), Verified (2015) and DaaVee (2017) and served as brand ambassador for Beta Malt, Marie Stopes International, UNICEF and other notable organizations.

Read full statement from below.

We are aware that fans of MzVee and Lynx Entertainment have understandably had many questions about MzVee’s year long absence from the music scene. This has been due to the fact that after years on the road, MzVee needed some personal time.

Over the course of the year, the two parties, Lynx Entertainment and MzVee have had time to reflect, peruse and review the work done over the past years.

We wish to announce that after 8 years of a very successful working relationship, Lynx Entertainment and MzVee are parting ways.

Lynx Entertainment is proud of the woman we have watched MzVee grow into as her brand has soared from strength to strength.

It is important to state that the two parties have separated amicably and will continue to support each other. We would like to thank MzVee for her hardwork and dedication throughout our epic journey together.
The Lynx family will continue to wish MzVee well as she heads into a new chapter of her life and will always support her in all her endeavors. Burna Boy Refunds A ‘Fan’, Asks Security To Escort Him During Concert Because His Face Is Not Encouraging