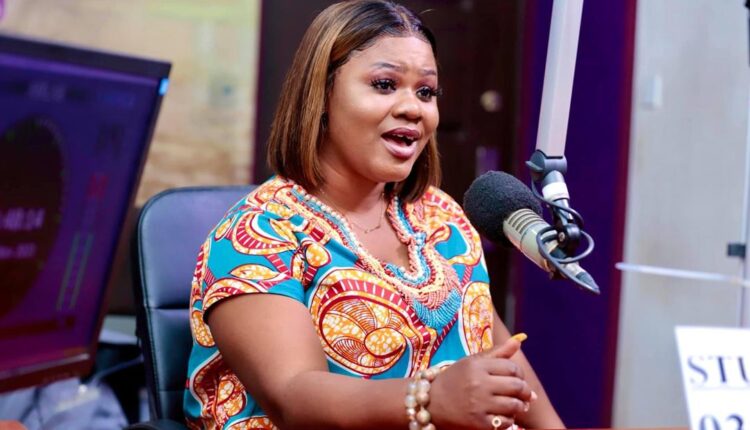 Speaking in an interview on Atinka FM’s Drive Time show hosted by Roman Fada, Obaapa revealed how the musician (Daddy Lumba) out of nowhere paid her a surprise visit at a beauty salon at ‘Sofoline’ — a suburb of Kumasi in the Ashanti Region.

Narrating the incident, Obaapa Christy revealed she was at the beauty salon when she had a call that someone was after her only to realize that it was the prolific songwriter and singer.

Interestingly, Daddy Lumba who had heard about Obaapa Christy formerly known as Christiana Love paid this surprise visit to show her unmeasurable love and respect for her outstanding talent and creativity. She also revealed that at one point, the popular musician threatened to beat her if she ever responded to conversations around her then “unsuccessful marriage”.

To date, she describes this as one of the happiest and hard-to-forget days in her entire life. With a grateful heart, she said this has been one of the most priceless pieces of advice she has ever gotten and pledged to always show him much respect.

According to her, since those moments, Daddy Lumba has been one of the strongest pillars in her life and career as a musician — he encourages and advises her on sensitive issues.

With several albums to her credit, Obaapa Christy is currently celebrating her 20th anniversary in the Gospel music industry.

An amazing vocalist, Obaapa Christy won the Best Female Vocalist of the year at the 2007 Ghana Music Awards.

Over 90% Of Ghanaian Televisions Promoting Fraud And Occultism –…