NOT AGAIN! Cassper Nyovest Challenges AKA To Another Ring Fight 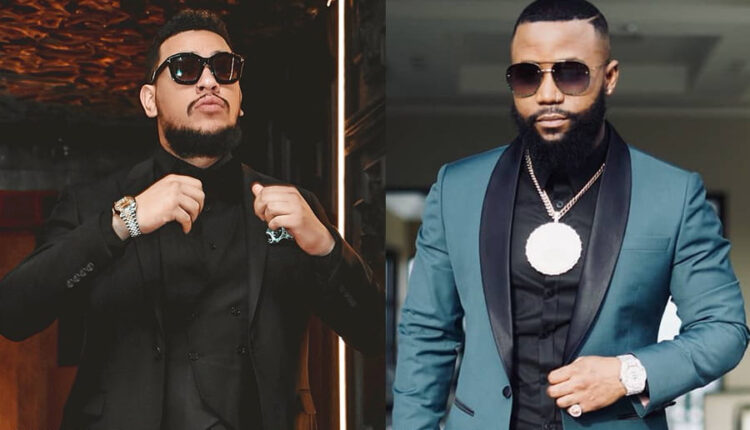 South African rap artists Cassper Nyovest and AKA are at each other’s throats again.

A few weeks after AKA won a major court ruling that makes him a 50% owner in the Braai Show hosted by Cassper Nyovest, the two are back at getting at each other on social media.

This new development comes about after a tweep asked Cassper Nyovest if he would fight “coloured moss” AKA in a boxing ring as announced some time back.

Responding to the tweet, Cassper Nyovest responded saying; “He doesn’t have the balls to come see me in the ring. Plain and simple. I would love to give him a hiding!!!”

He doesn't have the balls to come see me in the ring. Plain and simple. I would love to give him a hiding!!! https://t.co/aL0mQKHQTa

This, however, did not sit well with AKA who called out Cassper for blatantly telling a lie. He shared a previous tweet from Cassper explaining why the fight did not happen.

When I really wanted to fight Aka he kept running & making excuses. Then the unfortunate happened & its just not a good look to fight him now. My dad called me and asked me to let that one go, for him. It's not the same. I wanted the arrogant shit talking Aka like I want Kaybee. https://t.co/gWzVT7cqYV

He again responded saying, “Your Dad had a “dream” remember …”

Your Dad had a “dream” remember … https://t.co/qUosyxLb9y

AKA further shared a link to a story confirming Cassper’s excuse a year ago.

An unsatisfied Cassper has since thrown a challenge to AKA to fight him right after his upcoming boxing bout with NaakMusiq.

I didn't wanna fight you cause i felt sorry for you. Seems like you're the same piece of shit and nna I'm bored of the back and forths with you. Do you want to get in the ring or not? Give me a date. You wouldn't get past the first round. When do you wanna do it .@Akaworldwide ?

You wanna be a hooligan all your life brother? We grown now!!!
The back and forths are boring. Let's get a date. I would even fight you right after I drop Naak at Sun City, you can jump in right there and get a free ass whopping .@Akaworldwide. Let's go !!! Stop talking!! Act!!!

AKA is yet to respond.

The boxing match between Cassper Nyovest and NaakMusiq will take place in Sun City on April 9. It will be a weekend affair with activities starting from Friday.