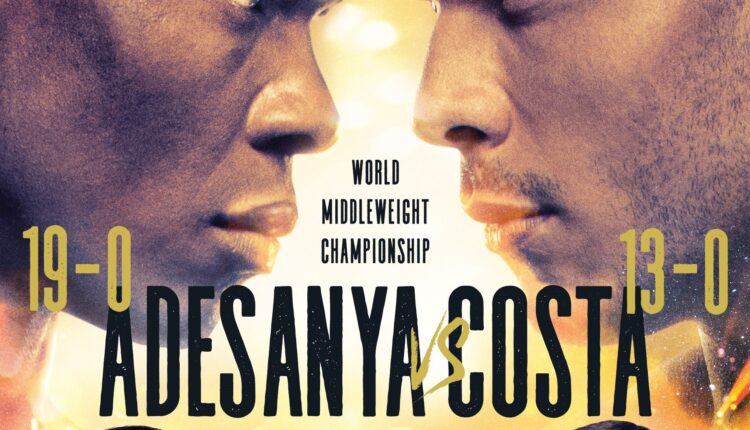 As the self-proclaimed leader of Africa’s fighting revolution, Israel Adesanya must back-up his bold claims this weekend when he meets dangerous Paulo Costa in a massive showdown for his UFC middleweight belt at UFC 253 on Fight Island in Abu Dhabi early on Sunday.

The all-action event will be broadcast live on SuperSport Action DStv channel 230 from 04:00 CAT.

Together with Kamaru Usman and Francis Ngannou, Nigeria’s Adesanya ranks as one of the continent’s elite MMA athletes, although he is in a class of his own when it comes to charisma and personality.

His in-your-face attitude is loved by some, hated by others, but what can’t be denied is his fighting ability. His kicking game is formidable and despite his wiry build, he knocks opponents out with ease.

This weekend Adesanya faces a formidable test of his credentials against Brazil’s Costa, a high-pressure come-forward fighter who throws bombs.

Style-wise, they couldn’t be more different, a contrast that suggests a classic encounter could be in store. Throw in the obvious hatred the pair have for one another and the ingredients are in place for another memorable UFC event.

Adesanya (19-0, 8-0 in the UFC) will be making the second defence of the title he captured from Robert Whittaker, having won a surprisingly tepid first defence against Yoel Romero in March.

The co-main event is a title bout as well, with Dominick Reyes and Jan Blachowicz vying for the light- heavyweight championship vacated by Jon Jones.