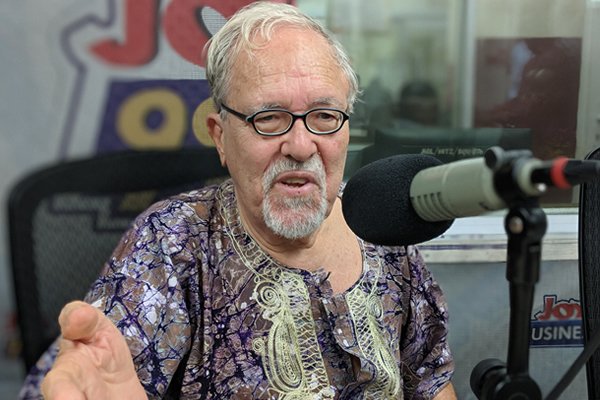 Professor John Collins, who has done an extensive work on the history of Ghanaian music, particularly highlife, noted that Ghanaians should be circumspect because Nigeria is trying to claim highlife as theirs.

Reacting to comments made by dancehall artiste, Jupitar, that “Highlife is not Ghanaian music…Highlife music is Ashanti music,” the music scholar with the University of Ghana said those comments are not accurate.

Reacting to the comments on the Cosmopolitan Mix on Joy FM with Doreen Andoh, Prof Collins said Jupitar and others like him should get a lot of education about the subject.

He said, “highlife is not Ashanti. It was originally Fanti and Ga and then, he [Jupitar] also said it wasn’t Ghanaian, at the moment Nigerians are trying to claim highlife so he should be careful about saying that,” he said.

“The word itself was invented in Ghana in the 1920s but what we call highlife goes back maybe 20 or 30 years earlier…,” the music professor added.

Giving an extensive history on highlife, Prof John Collins noted that in 1938, highlife was taken out of Ghana to Nigeria by the Cape Coast Sugar Babies and then in the 1950s by E.T Mensah.

“When I first used to go to Nigeria in the 1970s, all the older generation knew that highlife came from Ghana. It’s the younger generation on both sides who seem to have forgotten where it comes from,” he explained.

The music scholar who recently launched a book Highlife Time 3 which chronicles the history of the genre urged Ghanaians to be proud of highlife and make money from it.

The military and highlife

According to the music professor, highlife music suffered greatly during the various coup d’etats in the country.

Prof Collins said, “the Musicians Union [Musicians Union of Ghana], I was an executive member in 1979, one-quarter of our members left the country so what came in after was techno pop,” which didn’t require any special skills.

He added that the current trends of songs have highlife elements in them.