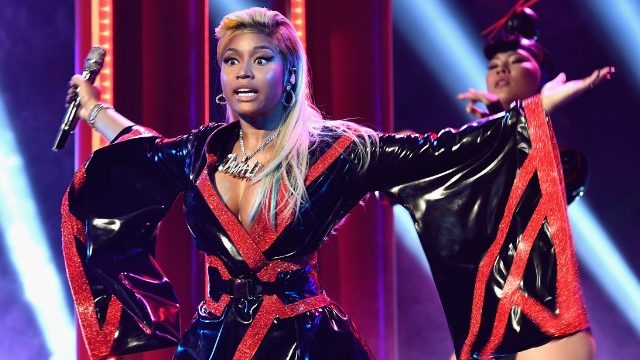 Nicki Minaj is having the last laugh.

In response to an unconfirmed report that the ratings for the 2019 BET Awards were an all-time low in the show’s history, with only 2 million viewers, the “Megatron” rapper clowned the network. While retweeting a screenshot from the Music News Facts account, Minaj blasted the BET Awards, calling it a “messy reality show.”

“When u go out of ur way to b spiteful & hurt artists who have always supported ur show,” she tweeted. “when you fire great ppl who have put their heart & soul into the show… when you’d rather be a messy reality show than a prestigious award show… when ur still being dragged by that lace.”

Minaj, along with Lil Wayne, pulled out of this year’s BET Experience following a social post from BET that celebrated Cardi’s Best Rap Album Grammy win at her expense. “Meanwhile, Nicki Minaj is being dragged by her lacefront,” read the tweet.

BET later apologized to Minaj for the comment. “BET loves Nicki Minaj. We have supported her from the very beginning of her career and will continue to do so moving forward,” the company said in a statement. “Nicki has paved the way for so many performers and has solidified her place as one of the most powerful figures in the music industry. Unfortunately the respect we have for Nicki was violated by this post that should never have been written. The post does not reflect how we feel about Nicki. And further does not reflect our company values.”

BET has not responded to Minaj’s latest tweet, but according to a press release (via Billboard), BET says this year’s awards were watched by 12.7 million total viewers across eight Viacom networks.

During her Queen Radio show last week, Nicki addressed her relationship with BET. “I don’t even think about them. They’re not important enough to think about. I’m indifferent,” she said.

She also called out the Grammys and its executive producer Ken Ehrlich, who she claims blackballed her. “They robbed me of the New Artist Grammy,” she said. “Best New Artist they gave to Bon Iver over me, the person who they made promote their whole show.”