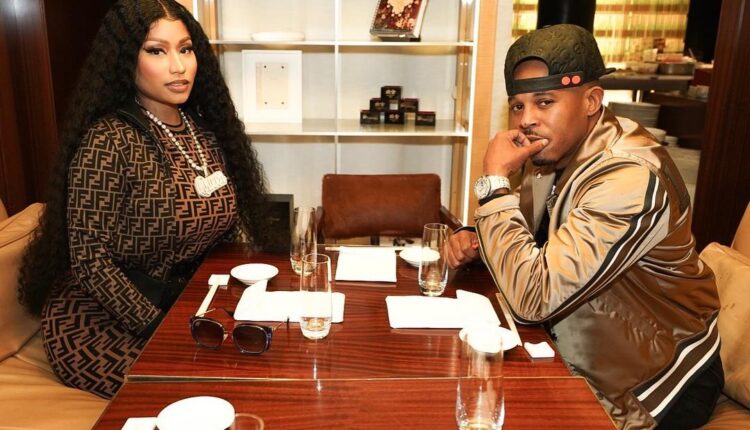 Wedding bells are coming fast for Nicki Minaj and her boyfriend Kenneth Petty.

Nicki Minaj  and her boyfriend took a big step toward the altar, because we’ve learned the couple just got a marriage license in Los Angeles, although it’s all on the down low.

Sources with knowledge tell TMZ … Nicki and Kenneth Petty took a trip together to the Bev Hills Courthouse Monday. Witnesses say they saw Nicki and her boo at the marriage license bureau window, and they got the paperwork they need to tie the knot.

Nicki and Kenneth were trying to keep a low profile inside the courthouse as they waited in line at window that read, “marriage licenses and ceremony appts. ONLY” … and Kenneth paid for the license before they left. Nicki was wearing a ball cap, but it’s hard to hide that knee-length bright red ‘do.

It’s interesting … back in June, Nicki said on her “Queen Radio” show that she and Kenneth  had already gotten  their marriage license.

No word on when Nicki and Kenneth will make it official … but typically the license is pulled shortly before the nuptials. A marriage license is good for a maximum of 90 days.

Nicki and Kenneth began  dating last year  after rekindling their flame from their teen years.

This will be Nicki’s first marriage.

Hobbs & Shaw Writer Promises That Justice For Han Is Coming