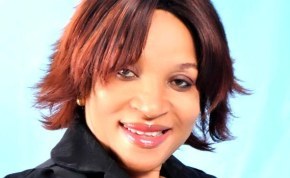 Last month, ailing actress Ngozi Nwosu of Fuji House of Commotion fame flew to the United Kingdom to have a much needed heart and kidney transplant, with great relief we can tell you the operation was successful and Ngozi is now out of hospital.

We cannot tell how long she’ll be in the UK before returning home, however pictures she sent show how dramatically she’s transformed from the weak, emaciated Ngozi that left the Muritala Mohammed International airport, Lagos, last month.

Since early last year, the Fuji house of commotion troublesome wife and talented actress who played Peaceful Peace has been a shadow of her old self as she continued to emaciate following her body’s on-going battle against undisclosed heart and kidney related ailments, her friends in the industry panicked and raced the earth to raise money for her treatments but even their efforts were not enough until Governor Fashola stepped in.

The governor donated 4.5 million naira after reportedly reading of her ailment in a publication. Another 2 million was raised by her friends and corporate organisations who donated their widows mite to the distress call.

Ngozi had been temporarily delayed as her doctors in Nigeria prepared her referrals to the hospital in UK.

Since the story of her medical condition broke, her fans have continued to pour out their hearts to her in prayers and in kind words and with unshaken hope that she will come back to them again … alive and well!