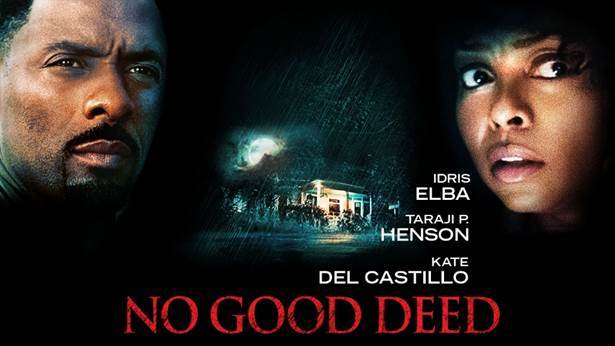 Not connected to DStv yet?!

You better, because exciting times are here for subscribers giving them not just exciting festive content but also the addition of two new channels at no extra cost. Not sure what to watch? Here are some highlights for your entertainment.

The season for giving is around the corner and DStv is officially on a drive to offer its customers more value and more choice with an ever-evolving and enhanced television experience for the whole family this coming festive season!

MultiChoice is delighted to have reached an agreement with Da Vinci Kids and Curiosity Stream which launched on the   12th  of November.

Available on  channel 318, it aspires to illustrate the beauty and wonders of human curiosity and its explorations, be it in science, arts or innovation.

This is available to customers on Family and above bouquets. This is a great addition for kids edutainment for Happier Kids!

The Secrets of Quantum Physics, The Rise and Fall of T-Rex, Stephen Hawking’s Favorite Places, and many more are some of the shows to air on the channel, starting 15th November.

Dee Dee Blanchard is overprotective of her daughter, Gypsy, who is trying to escape the toxic relationship she has with her mother. Gypsy’s quest for independence opens a Pandora’s box of secrets, which ultimately leads to murder.

The stranger-than-fiction true-crime series is based on a 2016 BuzzFeed article that detailed the shocking 2015 crime. Oscar winner Patricia Arquette and Oscar nominee Chloë Sevigny star in this brand-new real-life miniseries.

The Act is a sure must watch!

The documentary  Harry & Meghan: An African Journey  promises a behind-the-scenes look at the Sussexes’ recent visit to southern Africa. It shows the Duchess of Sussex opening about her struggles with motherhood in the public eye for the first time. Royal fans, this is for you! Thursday 14th  November on ITV Choice (CH 123)

There are manipulators in the midst, scheming right under everyone’s noses. Even with people trusted the most, there may be something sinister lying beneath the surface — a plot set in motion by someone close with a deadly motive.

This true-crime series,  Someone You Thought You Knew, tells stories of actual murders committed not by strangers but by someone the victim knew, someone hiding in plain sight, or someone leading a double life.

These wolves in sheep’s clothing use deception as a weapon to try to get away with murder. A new season starts Friday 15th  November at 7:50pm on Investigation Discovery (171)

Extinct or Alive  is an American wildlife documentary television programme produced for Animal Planet  by Hot Snakes Media of  New York City, the United States. It is hosted by conservationist and television personality  Forrest Galante, who travels to different locations around the globe to learn about possibly  extinct  animals and whether or not there is a chance that they may still be extant.

The series has been involved in the possible rediscovery of five animals, namely the  Zanzibar leopard, the  Pondicherry shark, the  Fernandina Island Galápagos tortoise, the  Miller’s grizzled langur, and the  Cape lion. Sunday 17th  November on Discovery Channel 121.

Starring award winning actors, Idris Elba and Taraji P Hanson,  No Good  Deed  tells the story of a woman who encounters an unstable escaped convict who terrorizes her and her two kids. Friday 15th  November on BET (CH 121) at 7:30pm.

Elizabeth Gilbert’s perfect world comes shattering down when she gets divorced. She then embarks on a journey across the world to rediscover her true self.  Julia Roberts stars in  Eat Pray Love, Sunday November 16th  on 5pm on MMovies Zone (303)

Lady Luck  is about a young woman named Bhoomi who has to choose between her married life and professional life after she marries Anshuman “Maan” Prajapati from a rich traditional family.

It also narrates the story of two families from Madhya Pradesh. The Prajapatis – a respectable upper-class family with an established family business headed by Vasundhara Prajapati who the decision-maker in all the important aspects is also related to her family members.

In contrast to this family is The Shuklas who are a traditional upper middle-class family with a business in gems and stones.

Four brothers work together to discover more about their mystic ninja powers and the hidden magical realm beneath the sewers of New York City. New episodes of   Rise of Teenage Ninja Turtles  showing Sunday 17th  November on Nickelodeon (CH 305)

Friends Turn Enemies! “Don’t Warn Me, I’m Not Your Kid”…