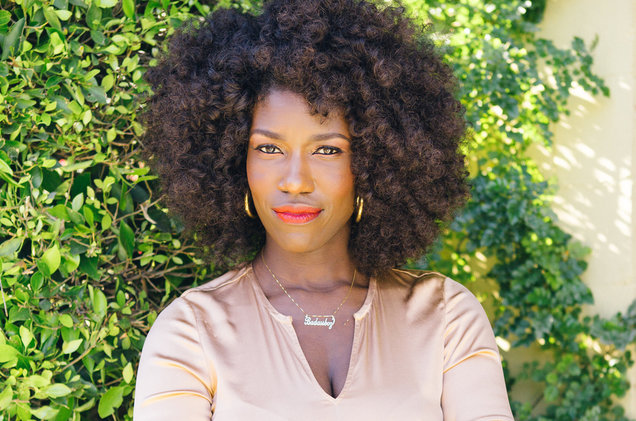 A former senior executive at Apple, Uber and most recently Endeavor Bozoma Saint John has been appointed by Netflix as  Chief Marketing Officer, the company announced.

Saint John is Netflix’s third chief marketing officer in less than a year. She replaces  Jackie Lee-Joe,  the one-time CMO of BBC Studios, who had only been at Netflix for 10 months. According to Netflix, Lee-Joe is exiting the streamer for personal reasons; she has been living in Australia with her family since the start of the coronavirus pandemic in March. Lee-Joe had been named to succeed former Netflix CMO  Kelly Bennett, who announced his retirement from the company last year.

“I’m thrilled to join Netflix, especially at a time when storytelling is critical to our global, societal well-being,” Saint John said in a statement. “I feel honored to contribute my experience to an already dynamic legacy, and to continue driving engagement in the future.”

In her most recent post as CMO of Endeavor, which she joined in June 2018, Saint John oversaw the holding company’s marketing efforts for divisions including WME, IMG, UFC, Professional Bull Riders and Miss Universe, and headed up its global marketing business that serves as an agency.

Prior to that, Saint John was a chief brand officer at Uber for about a year, after serving as head of consumer marketing for Apple Music and iTunes for a little over three years. She had joined Beats by Dre in 2014, which  Apple acquired shortly after she arrived. Previously, she was PepsiCo’s head of music and entertainment marketing.

“Bozoma Saint John is an exceptional marketer who understands how to drive conversations around popular culture better than almost anyone,” Sarandos said in a statement. “As we bring more great stories to our members around the world, she’ll define and lead our next exciting phase of creativity and connection with consumers.”

Earlier in her career, Saint John served as VP of marketing for women’s fashion brand Ashley Stewart and managed accounts at ad agencies Arnold Worldwide and Spike Lee’s SpikeDDB. She holds a bachelor of arts degree from Wesleyan University in African-American studies and English.

During her stint at Apple, she appeared in an ad for Apple Music featuring James Corden and Apple execs Eddy Cue and Jimmy Iovine that aired during the 2016 Emmy Awards. While at Apple, Saint John worked on campaigns including the ad for Taylor Swift’s workout wipeout and another starring Mary J. Blige, Kerry Washington and Taraji P. Henson.

Bozoma “Boz” Saint John was born in Middletown, Conn., and spent her early childhood in Nairobi Kenya, as well as Washington D.C., and Accra, Ghana, before her family moved to Colorado Springs, Colo., when she was 12 years old. After living in New York’s Harlem for over a decade, she now resides in Los Angeles.