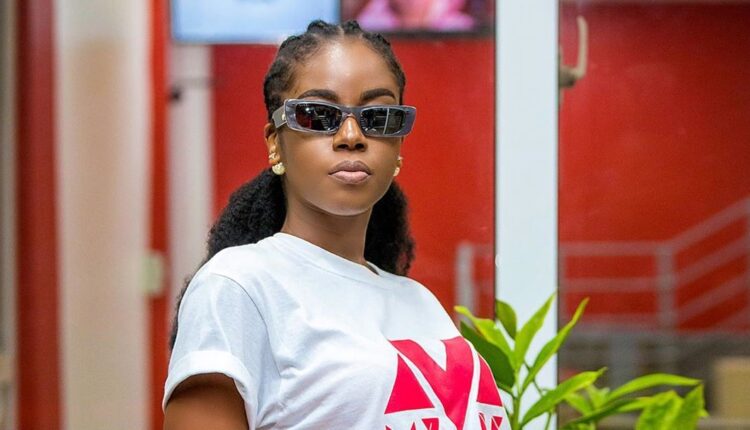 Born Vera Hamenoo-Kpeda but well known as MzVee, the Ghanaian music star has revealed one of her major challenges during her state of depression was ‘opening up’.

The musician who had gone on a music hiatus for over a year to deal with her situation revealed she was scared to open up about her state especially as she didn’t know who to trust during those moments.

Speaking an in interview with NY DJ on RYSENSHYNE, the musician revealed she, however, found solace in her mum even though they had not spoken in a while.

“I think the number one thing that helped me was communication. I  didn’t do that before. Communication was like my out of this situation. Let someone close to you know how you’re feeling. Some people care. Confide in somebody” MzVee advised.

Asked why she was scared of opening up, MzVee revealed it was easier to become a topic of public discussion but the only people she could run to were her mother a few friends.

“I found that type of person in my mum and a few friends. I was scared about who I was going to open up to. I was scared to come out and say it and that’s why it got to a point I had to be hospitalized because I was depressed. It became really bad. Before this, I wasn’t really close to my mum but at that point, I knew I just had to go back home and talk to the people who I knew loved me unconditionally,” she said.

The Daavi hitmaker and multi-award-winning artist revealed she is readying two albums for release in 2020.

Since her return, MzVee has released two new singles including Sheriff and   Who Are You and is currently on a media run in the Ashanti Region to promote her singles and fraternize with the media.

Kofi Adjorlolo ‘Ordered’ To Render An Apology To Film…