Trust Sonnie Badu to join the conversation so far as it has to do with showbiz.

Amidst the Wizkid -Accra Sports Stadium fiasco which has become a trending topic across Africa, UK-based Ghanaian Gospel musician Sonnie Badu has shared a throwback video of his first major concert in Ghana held at the same venue.

“ACCRA SPORTS STADIUM was one of my most emotional concerts ever… It RAINED throughout the entire concert, but no one was willing to leave… The crowd pushed and took over the concert… One day we will break our own records again”

Responding to a fan who believed Sonnie Badu was chasing clout for sharing his video amidst the Wizkid fiasco, Sonnie Badu responded by saying, “lol even if I never do again, the record is still yet to be broken, let’s learn to appreciate hard work .. don’t worry I will do it again…” 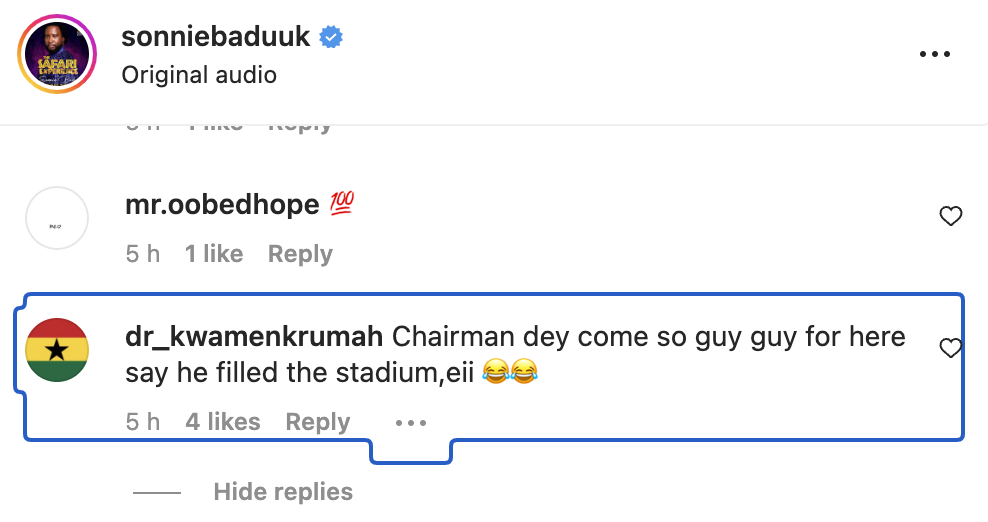 Held in November 2014, the concert dubbed Africa Worships With Sonnie Badu saw huge numbers showing up for the event despite a heavy downpour that last for almost 2 hours.